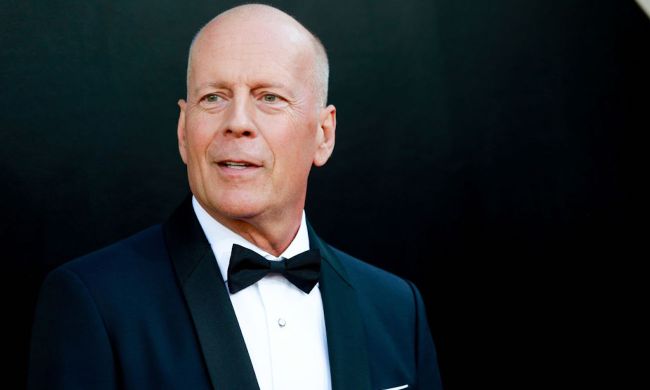 On Wednesday, news broke — via a statement on Instagram from his daughter Rumer — that legendary action star Bruce Willis was “stepping away” from acting due to the fact that he was diagnosed with aphasia, a brain disorder that affects a person’s ability to communicate.

“Bruce has been experiencing some health issues and has recently been diagnosed with aphasia, which is impacting his cognitive abilities. As a result of this and with much consideration Bruce is stepping away from the career that has meant so much to him,” Rumer said in the statement posted to Instagram.

In response to Willis’ diagnosis, the Razzies — who created an entire category based around Willis’ 2021 films (“Worst Performance by Bruce Willis in 2021”) — put out an insensitive tweet stating that they intended to move forward with the award.

“The Razzies are truly sorry for #BruceWillis diagnosed condition. Perhaps this explains why he wanted to go out with a bang in 2021. Our best wishes to Bruce and family,” the Razzies callously tweeted.

However, after immediate and intense backlash to their tweet, the Razzies have instead decided to reverse course and have now removed the Willis-focused category from the show:

“After much thought and consideration, the Razzies have made the decision to rescind the Razzie Award given to Bruce Willis, due to his recently disclosed diagnosis. If someone’s medical condition is a factor in their decision making and/or their performance, we acknowledge that it is not appropriate to give them a Razzie,” a statement from co-founders John Wilson and Mo Murphy says, via The Wrap.

According to Johns Hopkins’ website, aphasia is a “language disorder caused by damage in a specific area of the brain that controls language expression and comprehension that leaves a person unable to communicate effectively with others.”

Given this diagnosis, it’s difficult to imagine Willis — who has reportedly been struggling on film sets in recent years — will ever act again. Our thoughts go out to Willis and his loved ones during this difficult time.