Someone Created A Recipe To Make Your Own Edible Tide Pods Now Because, Internet 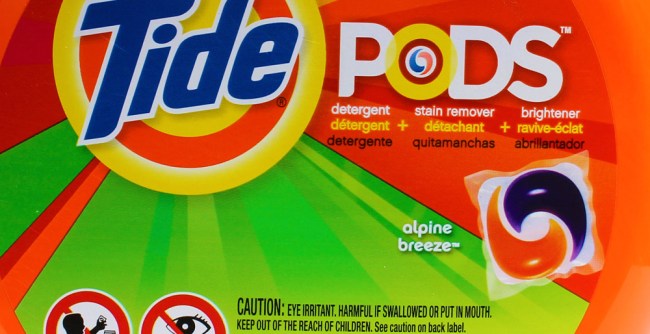 Now listen, I will be the first to admit that I can see how someone would think this looks kinds of tasty… 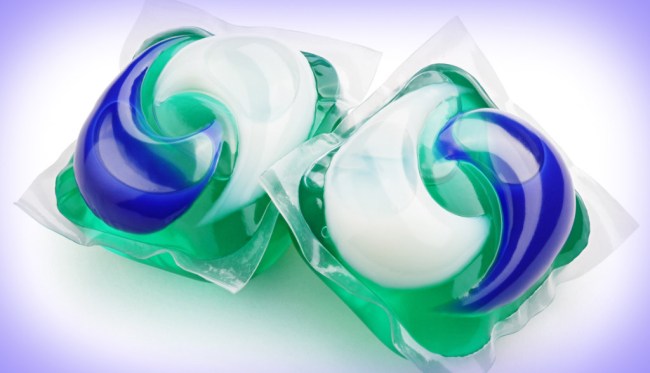 But I can’t imagine how (a) a person could taste one of these laundry pods and not immediately vomit, and (b) the plastic on the pods wasn’t a dead giveaway that it isn’t candy.

Then again, The Onion DID predict this would happen as far back as 2015 so again, I’m not terribly surprised.

For the most part, it’s not even kids eating them either. It’s mostly adults with dementia (and really, really stupid people).

Again though, I get it. They kind of look like a tasty candy and so there were a lot of people on the internet that were totally down for eating them some edible Tide Pods if someone came up with a recipe.

Has anything in history ever looked more edible than a tide pod?

I bet @tide has a team of scientists dedicated to creating an edible pod formula right now. Don’t let us down Tide

Would y’all eat a tide pod if they made an edible version?

Can someone just make an edible tide pod already Jesus

in other words, no i would not actually eat a tide pod, but if they were edible and not made out of detergent, i would consider it

In case you were wondering, we do NOT serve Tide Pods at any dining locations. pic.twitter.com/8sdwXccwxh

Well, you should, because of course someone on the internet came up with a recipe for edible Tide Pods and this person called it…

The first 2018 scientific discovery will be an edible tide pod. Fuck you twitter.

BREAKING: Someone on Tumblr has come up with an edible tide pod recipe pic.twitter.com/opiIZzgDk4

Hope that clears up any confusion. https://t.co/7Xy5wXcuXy

Eh, I’m sure nothing will go wrong with this idea.