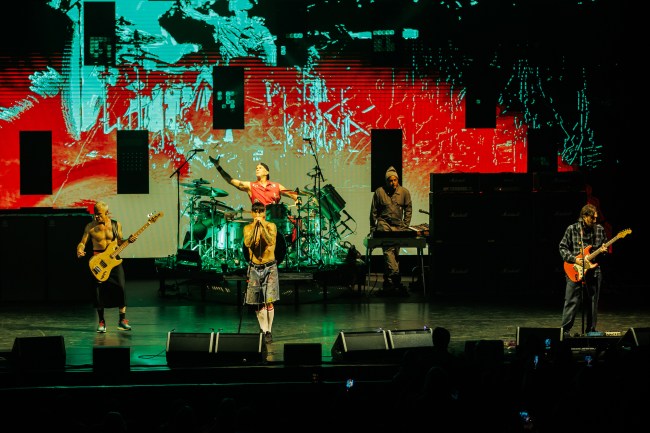 The Red Hot Chili Peppers have more or less been at it, as a band, since 1983. If math isn’t your thing, that’s 39 years – a consistent mainstay of music culture since Ronald Regan’s first term.

They’re proof that life is a kaleidoscope of growth and chapters. Name an accomplishment in the music industry over the past four decades, RHCP has almost certainly conquered it. 100 million+ albums sold, induction into the Rock & Roll Hall of Fame, a star on Hollywood Boulevard, countless worldwide tours.

That existential rollercoaster bleeds out through their songwriting – a vibe both profound and profoundly funky.

Like In-N-Out Burger and traffic-clogged freeways, the Chili Peppers are Southern California. Their sound is steeped in California iconography of a certain generation: Palm tree neighborhoods, empty backyard swimming pools primed for skateboarding. A sort of gritty golden hour at the edge of the world and all of Western civilization.

That alchemy worked: The 17-track LP opened at No 1 spot on the Billboard chart – only the second time this has ever happened for the Chili Peppers since 2006’s Stadium Arcadium.

The Red Hot Chili Peppers continue to crush it live

A couple of days after charting, the Chili Peppers took the stage at the Yaamava’ Theater in San Bernardino County. The private show marked the grand opening of the new 3000+ capacity theater at Yaamava’ Resort & Casino, formerly known as the San Manuel Casino. The room is a notable new live venue in the Southern California marketing, offering a “stay and play” experience for concert-goers and immersive visuals, complete with three massive video walls.

In other words, it’s one hell of a rock venue.

Red Hot Chili Peppers are opening the brand new @Yaamava Theater tonight & Flea’s moves are as electric as ever. 🌶 pic.twitter.com/nUW05QMdXB

Despite a packed house of VIP guests and LA music industry-type, the show had the intimate feel of an in-the-know cantina. The band, relaxed. Sleeves, rolled up. Flea’s shirt, predictably, came off.

I’ve always enjoyed the Chili Peppers over the years. I’ll never forget the raw energy of watching their Woodstock ’94 set on MTV as a kid. The album Californication, from beginning to end, left an undeniable impression on me as a Vans and Jnco-wearing middle school dweeb.

However, this is all to say that I’ve never caught the Chili Peppers live. I asked a friend what to expect for my first Red Hot Chili Peppers show. The response: “It’s gonna be loud and funky. Flea will jump around like a maniac. Anthony Kiedis will be the last person to come on stage and the first person to leave.”

That’s more or less exactly what happened during the one-hour set at the Yaamava’ Theater. Flea wowed the room bass bombs. Frusciante offers that signature RHCP guitar sound: punk-funk, with a heavy pour of Cry Baby wah. Kiedis walked off the second the show was a wrap. Everyone else jammed out. 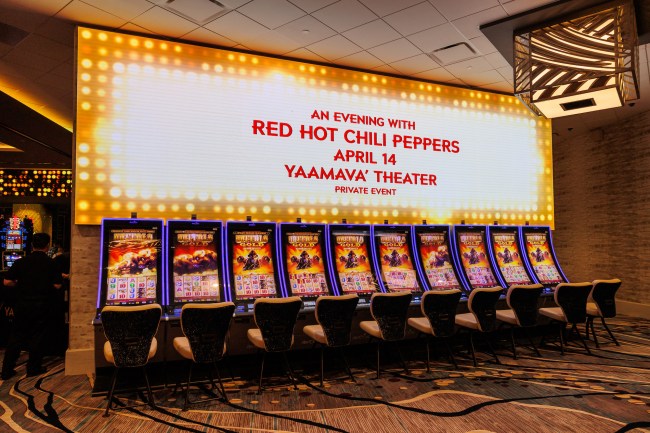 The Chili Peppers broke in the room with seasoned classics. They also worked in bust-outs like “Charlie” (last played live in 2017) and new anthems from Unlimited Love. Particularly of note: “Black Summer” and “Aquatic Mouth Dance.” The latter is a jazz-fusion monster opus, primed to get even more explosive as the band hits the road this summer.

Can’t Stop, Charlie, Aquatic Mouth Dance, These Are the Ways, Black Summer, Wet Sand, The Guns of Brixton, Californication, Tell Me Baby, Whatchu Thinkin’, Otherside, Under the Bridge, Give It Away

My experience was pretty unforgettable. Even if you’re just a casual RHCP fan, I can’t urge you enough to go check them out this summer. Their summer tour kicks off in July. It’s massive, hitting some of the biggest venues in the country: Denver’s Mile High Stadium, Petco Park in San Diego, Levi’s Stadium in Santa Clara, SoFi Stadium in Los Angeles, Seattle’s T-Mobile Park, Allegiant Stadium in Vegas, Nissan Stadium in Nashville.

You get the drift.

It’s supported by acts with some serious chops too: Haim, Thundercat, King Princess, The Strokes, Beck, and St. Vincent are all billed as openers.

The older us millennials get, the more we realize that life is just too short to not go see the bands we grew up loving when we get the chance.

Go round up your friends and get your mind blown by the Chili Peppers this summer. You won’t regret it.

I saw the Red Hot Chili Peppers tonight for the very first time at a casino. Does that officially make me a Californian?