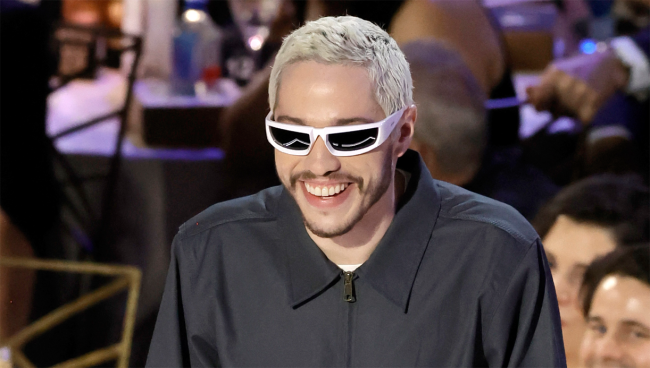 Here’s a new one for you. Some Reddit users are very angry with Taco Bell and Pete Davidson over an ad.

The Taco Bell ad featuring Pete Davidson is not one of those you have seen on television.

The ad that has Redditors in a uproar is one that was specifically promoted by Taco Bell on Reddit.

The batch of Redditors that are especially angry are the denizens of the Living Más sub-Reddit.

“Living Más is the largest online Taco Bell community ran by the fans, for fans and consumers alike,” the sub-Reddit states.

This week, a Redditor wrote a post in the Living Más sub-Reddit titled “Taco Bell Kindly Take Away The Pete Davidson Ad!”

That’s when all hell broke loose.

“I’m a super hardcore TB fan (which is why I’m here lol) but even then the Pete Davidson ad with him talking with his mouth full is absolutely repulsive and makes me want to not eat there,” the Redditor wrote.

“I’m not sure what some women see in him but he is so gross to me personally…. Definitely not a selling point for any product.

“Anyone else feel the same?”

“I outright blocked /u/RealTacoBell just so I wouldn’t see the ad every time I opened the app,” one angry Redditor responded.

“Same here, I reported it as spam because it was invasive and gave the option to block at end of report and haven’t seen it since. Kept seeing giant Pete Davidson ad anytime I opened the Reddit app,” complained another.

“YES thank you for making this post, its a gross ad. I don’t like it,” another Redditor agreed.

Probably not the kind of responses Taco Bell had hoped to get when advertising on a web page specifically devoted to the restaurant chain.