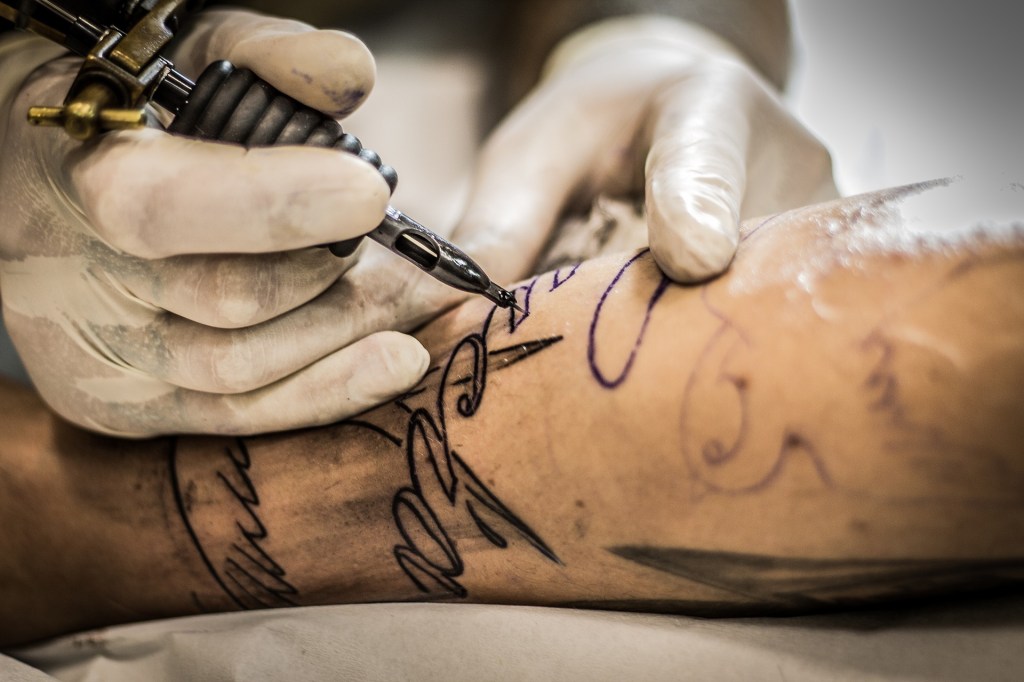 I remember watching some YouTube video years ago where Action Bronson basically said that getting a bad tattoo was a rite of passage for anyone who gets tattoos. I’ve been there. I’m the proud owner of a bad tattoo. I woke up hungover one day and feeling impulsive and went to get a meaningful tattoo in memory of a lost sibling and while the sentiment is great, the tattoo itself looks like a 9th Grade art project.

While this woman’s tattoo isn’t awful looking her timing on getting that tattoo was, according to her. In a TikTok video that’s since gone viral, she explains that she got the inspirational tattoo which reads “courageous and radically, refuse to wear a mask.” (follow @brobible on TikTok btw!!)

Then the pandemic hit. She now covers the tattoo up with sleeves everywhere she goes. I’ve watched this TikTok at least five times this morning. I had real tears of laughter the first time I saw it.

#stitch with @hannanicbic I could NOT have had worse timing. #fyp #foryoupage #tattoo #worsttattoo #winner P.S. I’m not anti-mask I promise 🤦🏻‍♀️

Make sure to go follow @brobible on TikTok where our dude Grayson has been killing it the past few days with some viral clips.

Let’s suspend all reality for a moment and assume that you were the type of person who would get this ‘never wear a mask’ inspirational tattoo and then the pandemic hit and you weren’t an anti-masker. Would you get this tattoo surgically removed? I’m looking for answers down below in the comments section where you can login via email in half a second. But for real, would you get this surgically removed?

I’m almost certain that I would seek a doctor to take it off my body because the anti-mask movement isn’t going anywhere. That’s something that people will ask her about for the rest of her life and she’ll repeatedly have to explain herself. If I’m in her shoes I’d get so tired of explaining myself at some point it would be easier to just say ‘yup, I’m anti-mask’ and move on. And that would do some weird things to your psyche over time. If that’s me, it has to be surgically removed.

If you want to see that video of Action Bronson explaining the origins of all his tattoos and why everyone should get a bad tattoo, you can check that out here.