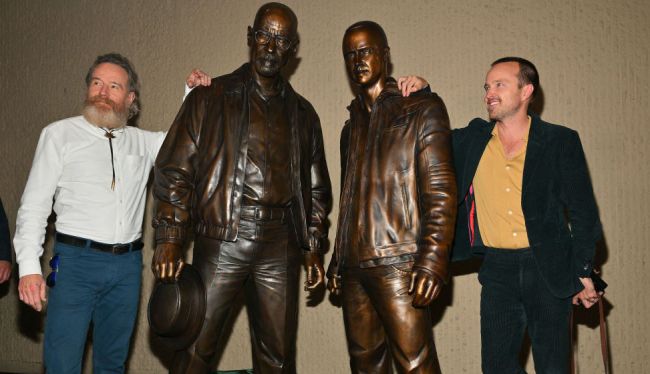 Despite the fact that Breaking Bad and Better Call Saul are responsible for helping to stimulate the Albuquerque economy for the last decade-plus, some politicians in the area don’t believe that the two series are worthy of permanent remembrance as they believe them to be a “glorification of meth makers.”

As someone who grew up in Northern New Jersey in the early 2000s, I distinctly remember when politicians would complain about The Sopranos glorying mobsters and painting the area in a poor light. Oh, what’s that you say? That never actually happened? Because complaining about a fictional television show is legitimately absurd? Ah, that’s right. Gotcha.

Albuquerque mayor Tim Keller sees the statues in an entirely different light, explaining that while the stories in Breaking Bad were fictional, the jobs it helped create in the city were not.

“While the stories might be fictional… jobs are real every single day. The city is also a character… We see ourselves in so many ways, good and bad,” Keller said.

Breaking Bad and Better Call Saul (minus the sixth season) are currently streaming on Netflix.