Clip Of Chris Farley, Adam Sandler, David Spade, And Cindy Crawford At Dinner In 1994 Is Like A Glorious Time Machine 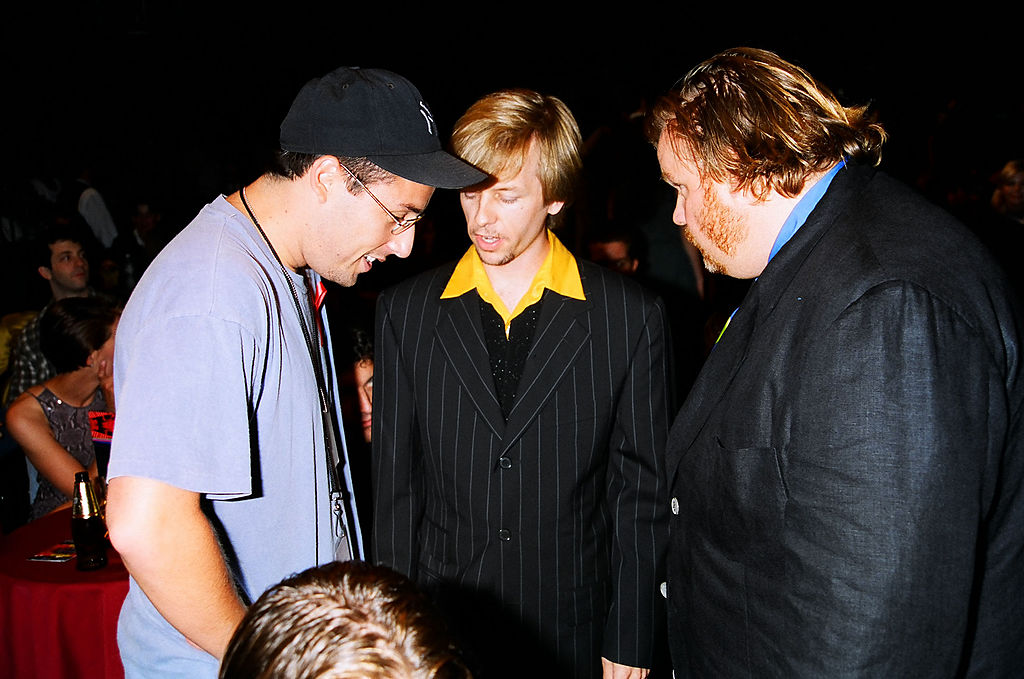 It’s hard to believe that it has been 24 years since Chris Farley passed away. At the time of his passing, Chris was well on his way to being the #1 in Hollywood comedy. He was making hit after hit and the world was his oyster.

To hear guys like David Spade and Adam Sandler talk about Chris Farley is to know how special of a guy he was. Everything about him oozed funny. It wasn’t just physical comedy at all, Chris was always on and going for laughs.

MTV News tweeted out this clip over the weekend. It’s a resurfaced clip of Farley, Adam Sandler, David Spade, Tim Herlihy, and Cindy Crawford all out to dinner in 1994. Seeing a young Sandler is surreal given how he’s been America’s funny uncle for a few decades.

What happens at a meeting of the minds behind some of @nbcsnl's funniest sketches? Back in 1994, @CindyCrawford went to dinner with #SNL greats @AdamSandler, @DavidSpade, Chris Farley, and @MrTimHerlihy, and learned they have just as much fun after the cameras stop rolling 😂❤️ pic.twitter.com/MdNMAnHy4s

I was today years old when I learned that ‘fat guy in a little coat’ from Tommy Boy originated in the Saturday Night Live writer’s room with Farley trolling Spade. We all need more clips like this from that SNL era in our lives.

It’s clear this is an interview of some sort but why didn’t they clear out the restaurant? Was MTV thinking it would make for a better interview to leave restaurant noise in the background?

Also, we should all be so lucky to find coworkers that we enjoy working with as much as these guys loved each other. Furthermore, if you’re ever fortunate to be interviewed by Cindy Crawford you know that you’ve made it in life.