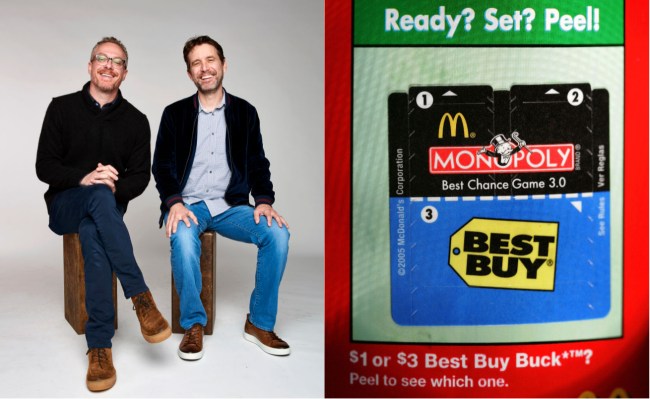 Speaking to BroBible’s Post-Credit Podcast, screenwriters Rhett Reese and Paul Wernick — the scribes behind films such as Zombieland, Life, and the Deadpool franchise — confirmed that they are developing a film about McDonald’s titled McScam.

“We also wrote a McDonald’s movie we made called McSam that we’re hoping to get made,” Resse told BroBible’s Post-Credit Podcast. “That’s still possibly coming so we’ll see where that gets.”

While neither Wernick nor Reese gave further details, previous reports indicated that the project would be about McDonald’s infamous Monopoly scheme that was uncovered in the early 2000s.

In addition to the update on McScam, the screenwriting duo also told us that they’re developing a series about the infamously disastrous release of “New Coke” back in the 1980s.

From there, Wernick and Reese will be scripting Deadpool 3, which has been confirmed by Marvel Studios but has no official release date. That project will be directed by Free Guy filmmaker Shawn Levy.