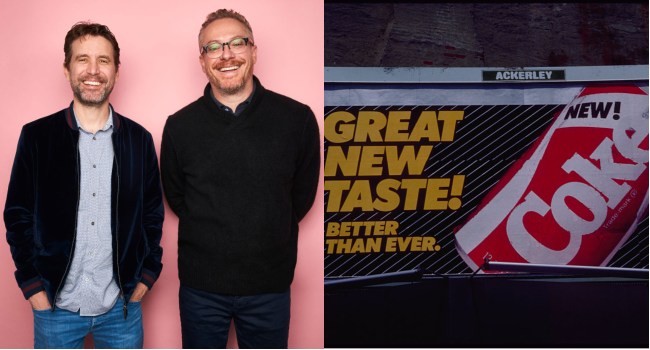 Speaking to BroBible’s Post-Credit Podcast, screenwriters Rhett Reese and Paul Wernick — the scribes behind films such as Zombieland, Life, and the Deadpool franchise — confirmed that they are working on a series about the making and release of the infamous drink “New Coke” at AppleTV+.

“We have a New Coke show — a 1980’s New Coke show at Apple. This is a genre we’re playing in, too,” Wernick told BroBible’s Post-Credit Podcast when asked about recent CEO-focused projects such as WeCrashed, Super Pumped: The Battle for Uber, The Dropout, and their new Netflix film Spiderhead.

First introduced in 1985, “New Coke” was a result of Coca-Cola reformulating its recipe in an effort to boost sales. The endeavor failed dramatically, though, as the drink was largely reviled by the soda-drinking public.

Wernick and Reese’s latest film, Spiderhead — which starred Chris Hemsworth and Miles Teller — recently released on Netflix. Production on their next film, Apple’s Ghosted with Chris Evans and Ana de Armas, wrapped production earlier this year. From there, Wernick and Reese will be scripting Deadpool 3, which has been confirmed by Marvel Studios but has no official release date. That project will be directed by Free Guy filmmaker Shawn Levy.

In addition to the tidbit about their New Coke show, Reese and Wernick also provided an update on their McDonald’s movie, which is titled McScam.