‘The Last Jedi’ Director Takes A Shot At Disney, Says Their ‘Creative Process’ For ‘Star Wars’ Is A ‘Mistake’ 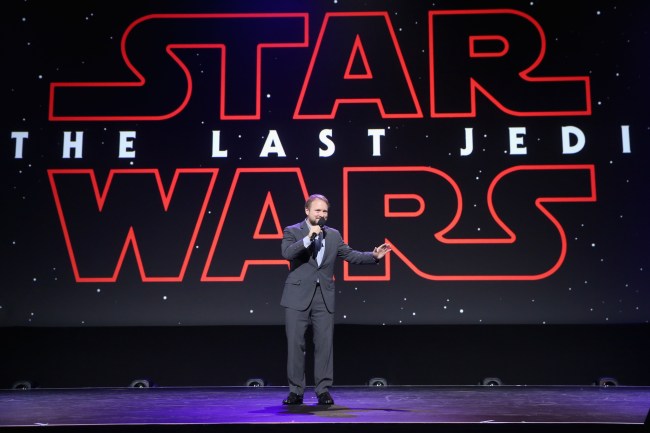 For my money, Rian Johnson is one of the best American directors working today.

Not only is the man responsible for the greatest hour of television in the 21st Century — Johnson directed “Ozymandias”, the third-to-last episode of Breaking Bad — but he also directed arguably the best sci-fi film of the last decade with Looper. Throw in the fact that he’s also helmed Brick and Knives Out, and you’ve got yourself a diverse director who has proven he has the ability to create works of art in different genres.

Then, of course, he also directed the highly controversial Star Wars: The Last Jedi.

While I am not a *massive* Star Wars fan by any stretch of the imagination, I due regularly tune into the content (I’ve seen all of the movies except for Solo, which I’ve fallen asleep while watching TWICE), and I thought The Last Jedi was… just okay. Depending on who you talk to, The Last Jedi is either a genre-shifting masterpiece or an abomination to the Star Wars name, and yet, I thought it was… just alright.

Sure, like most, I found the Canto Bight sequence to be pointless and the Leia-using-the-Force-in-space moment to be bizarre and the dialogue to be overly corny, but that last hour or so was — to me — what a Star Wars film should be.

So, what’s my point? My point is that, despite the legitimately excellent projects he’s been involved in and will be involved with in the future, Johnson may forever by synonymous with The Last Jedi, ESPECIALLY if he keeps chirping Disney like he did this week.

During a recent Radio.com interview on the “Swings & Mrs.” podcast, Johnson took some shots at Disney’s decision-making when it comes to Star Wars, saying that their “creative process” is a mistake.

“I think approaching any creative process with [making fandoms happy] would be a mistake that would lead to probably the exact opposite result,” Johnson said. “Even my experience as a fan, you know if I’m coming into something, even if it’s something that I think I want, if I see exactly what I think I want on the screen, it’s like ‘oh, okay,’ it might make me smile and make me feel neutral about the thing and I won’t really think about it afterwards, but that’s not really going to satisfy me.”

Johnson’s comments certainly come at an interesting time, as The Last Jedi stars such as Daisy Ridley and John Boyega have since tried to publicly distance themselves from the film. Combined with the vitriolic nature of fan’s response to the film, and it should come as no surprise that Johnson is sour on both Star Wars and the Mouse House.