Rickrolling Is Old And Busted, Says Gen Z, Weezering Someone Is The New Hotness 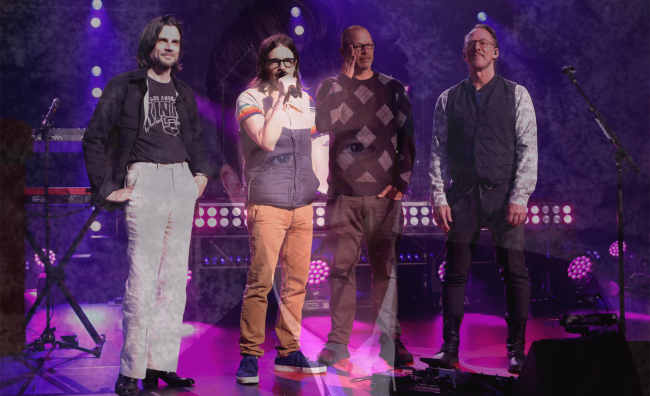 Sometime in 2006 or 2007, depending on who you believe, the first time a person was Rickrolled on the internet happened.

The bait-and-switch prank was either started by YouTuber Erik Helwig, as he claims.

Or it began on 4chan as a outgrowth of duckrolling someone and gained serious steam between April and May 2007 as a joke for those looking for a sneak preview of the video game Grand Theft Auto IV.

Either way, after 15 years, give or take, the Rickrolling phenomenon is over.

At least according to Generation Z.

Now Gen Z says Weezering someone is the way to go.

So what exactly is Weezering?

According to The AV Club, there are two ways to go about Weezering someone.

The first includes baiting an unsuspecting parent or friend into sending a blank blue image. This can be achieved by asking them about the color of the sky or about their favorite color. From there, individuals screen record themselves editing and adding the band members and album title through PicsArt, while “Buddy Holly” plays in the background.

The second route includes taking an already existing image and using basic iPhone image editing tools to get to the album art. This way allows anyone to be the target of Weezering, from Taylor Swift to Matthew Morrison as Mr. Shue on Glee. It often requires adjusting the image settings to great lengths–zooming in and cropping the image, then toggling with with the balance, brightness, saturation and contrast to get that signature shade of blue.

Naturally, this recent trend of Weezering of people has proliferated on TikTok.

This new cultural trolling trend has even been used on TikTok by… Weezer.

I don’t know. Weezering seems like a whole lot of work to me.

Eh… Maybe I just don’t like change. Weezering’s got me all worked out. Think I will just watch this video and chill for a bit.