There Are RUMORS That Robert Downey Jr. Is Being Eyed For A (Possibly Villainous) Role In The ‘Star Wars’ Universe 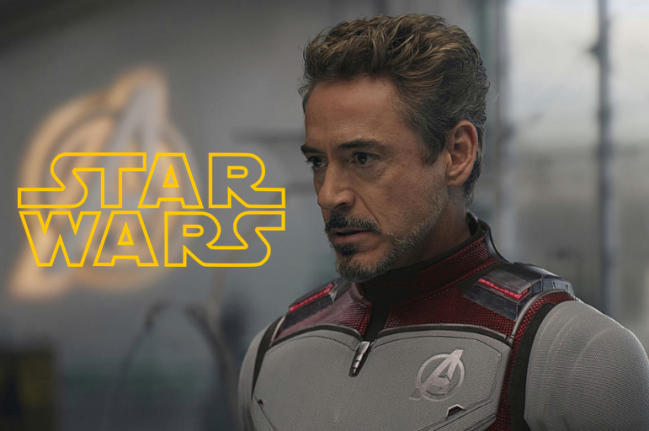 Similar to Thanos himself, this one just sort of felt inevitable, right? You may not have thought of it before, but now that you have, it’s like “Oh, shit, wow — yeah that totally makes sense, OF COURSE I want to see Robert Downey Jr. in the Star Wars Universe.” To be clear, these are just rumors, albeit rumors from the usually reliable scooper Daniel Richtman.

There are **RUMORS** that Robert Downey Jr. is being eyed for a role in the Star Wars Universe 🌌

Obviously, these rumors of a marriage between Downey Jr. and the galaxy far, far away make sense for a multitude of reasons, the first and foremost being that it would link one of the world’s biggest movie stars and franchises. Then there’s the Disney connection, as the Mouse House just successfully entrusted RDJ to be the face of the MCU for a decade. In fact, Kevin Feige — Marvel Studios omnipotent producer — is currently in the process of developing a Star Wars film with Loki and Doctor Strange 2 writer Michael Waldron penning the script. Finally, there’s his relationship with Jon Favreau, who launched the Marvel Cinematic Universe with Iron Man in 2008 and is now essentially the czar of the Star Wars universe.

As the rumors began to spread across the internet, fans immediately began calling for Downey Jr. to play a villain, particularly Grand Admiral Thrwan, who was namechecked by Ahsoka Tano in season two of The Mandalorian. Downey Jr. as a bad guy certainly sounds like a blast on paper, but I just have my doubts that Disney would cast one of the world’s most likable actors in a villainous role. Then again, given that Favreau is at the helm and the franchise now seems to be willing to be more experimental, maybe we’re in for some surprises.