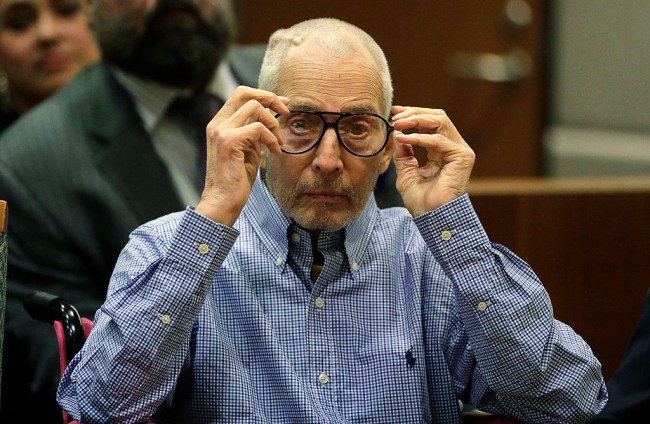 I first became aware of the many cases of Robert Durst after my slightly unhealthy obsession with everything Ryan Gosling resulted in me watching All Good Things, a movie about bad things happening to attractive people. There’s a good chance the film would have been basically been forgotten if the man who inspired it hadn’t gotten in touch with Andrew Jarecki, the director who would eventually convince Durst to sit down for a series of interviews that would become the basis for the 2015 HBO miniseries The Jinx.

If you’re looking for a documentary with an ending that’s guaranteed to make you say “Holy shit!” out loud, then you don’t have to look much further than this one. While it’s easy for a true crime show to end on a sour note filled with endless speculation and inconclusive evidence, The Jinx basically managed to extract a confession from its subject after he was subjected to some questions that inspired even more nervous burping than usual.

Given the amount of circumstantial evidence surrounding the several cases examined by the show, it seemed odd that Durst would voluntarily put himself in a position to dig himself a deeper hole than necessary. He previously blamed meth for his more-than-momentary lapse in judgment, but based on some comments he made after he was arrested just before the series finale, it didn’t take him long to sober up before admitting accidentally dunking on himself probably wasn’t the best strategy.

Deadline obtained a recording of a call Durst made from jail in 2015 in which he said he realized he had a problem when it came to keeping his mouth shut while he was watching the series as it aired. Unfortunately, this was after he performed a soliloquy in the bathroom that ultimately led to him being arrested for a murder charge he continues to deny despite his own comments to the contrary (the case is currently in its pretrial phase).

If hindsight is 20/20, then Durst has the foresight of someone without eyes.