Robinhood App Gets Over 100,000 One-Star Reviews On App Store After Restricting Trades Of GameStop And Other Meme Stocks 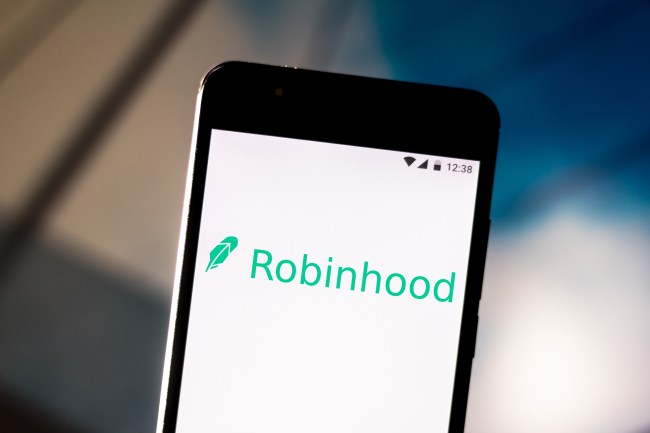 Some of the biggest online brokerage apps have begun to respond to the insane surge of market trading after a group of Reddit users banded together to drive up stock prices of certain companies to stick it to traditional hedge funds that get rich off shorting stocks.

On Thursday morning Robinhood and TD Ameritrade took steps to restrict the trading in GameStop, AMC, and other “meme stocks” in an effort to “mitigate risks” for companies and clients.

BREAKING: Robinhood has restricted users from buying GameStop, AMC, BlackBerry, Nokia stock. This is VERY CRAZY, I do not see how RobinHood survives screwing its users like thishttps://t.co/mUujOjoUu8

In light of current market volatility, we are restricting transactions for certain securities to position closing only, including $AMC and $GME. Read more here.https://t.co/CdJMjGAeFH

“In the interest of mitigating risk for our company and clients, we have put in place several restrictions on some transactions in $GME, $AMC and other securities,” a spokeswoman for TD Ameritrade told MarketWatch, referring to the ticker symbols of the companies. “We made these decisions out of an abundance of caution amid unprecedented market conditions and other factors.”

The reaction to Robinhood and other apps restricting trades for meme stocks was universally panned by social media users who crushed them for pandering to Wall Street with these moves.

after delisting GameStop and AMC, Robinhood has gotten over 100,000 1 star reviews in one hour on the app store, now set with a 1 rating. they deserve it pic.twitter.com/eDNDuPrj8r

Meanwhile hedge funds and institutional investors can continue to trade as normal.

What do you call a market that removes retail investors ability to buy to save institutional investors shorts? https://t.co/G0hQFJDaG4

When brokerages only allow people to sell securities and not buy them it’s market manipulation!

the irony of @RobinhoodApp being called "Robin Hood"

So are @robinhoodapp and @IBKR ending trading in #wallstreetbets stocks because they are losing their ass on these trades ? Or maybe they dont have the cash to enable the trades at this scale ? Anyone have any insight on their economics ?

There is no reason you should be using Robinhood after today.

They want to remove $GME and $AMC from Robinhood? We will remove them from our phone. #DeleteRobinhood

Robinhood, Interactive Brokers restrict trading in $NOK, $AMC, $GME, $BB, $NAKD, and other stock and options in an effort to scare retail investors into selling.

The 'free market' isn't so free after all. #wallstreetbets https://t.co/1QPVLno2ps

Robinhood is no longer allowing users to do anything but close out their #GME or #AMC positions. Hard to put into words how outrageous that is. This is, much more acutely, the definition of manipulating the market.