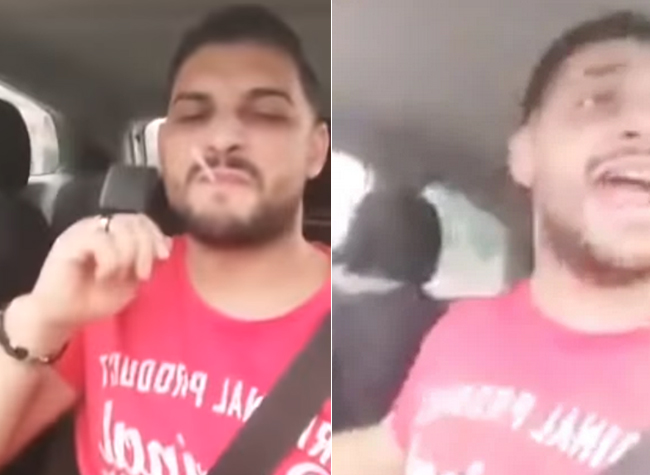 This video is sad, crazy, and, honestly, incredibly confusing.

Tavy Pustiu, a Romanian pop singer, was killed during a live stream after his wife failed to notice an oncoming train. The 29-year-old singer was declared dead on the scene, the Mirror reported.

In the chilling footage, Pustiu is seen smoking a cigarette and singing loudly to a popular Romanian pop-folk manele song. His wife pulls up to a level crossing in Ploiesti, a city in the country’s Prahova County, and looks both ways before continuing forward.

The 24-year-old driver somehow manages to miss an oncoming train.

The footage captures Pustiu’s look of horror and screams to look out, but it’s far too late.

“As a result of a collision between a train and a car on the level crossing a 29-year-old man who was the passenger in the front of the car was declared dead and a 24-year-old woman who was the driver was injured,” a police spokesman said.

Pustiu’s wife, who remains unnamed by media outlets, is on life support at the Prahova County Hospital.

Hopefully, the young woman pulls through and survives, but so many questions need answering. The first being “how, HOW, do you not see an oncoming train?!?”

In a cruel and ironic twist, the New York Post is reporting that a month ago, the singer had posted a message on Facebook saying: “One day, the wrong train will take you to the right destination.”