Checking In With Soccer Legend Ronaldinho, Who’s Spent The Last Week In A Paraguayan Jail 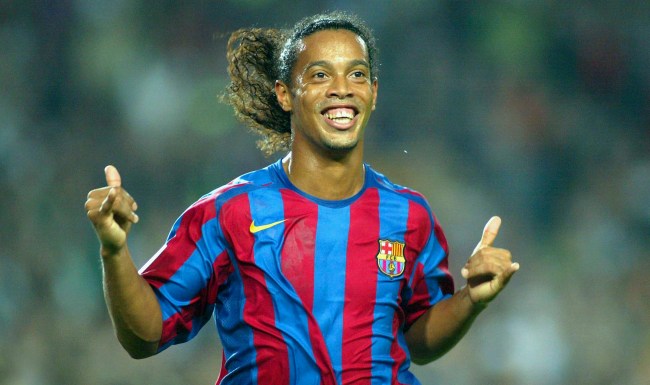 Before Messi and after the original Ronaldo, there was a 2-3 year period where Brazilian forward Ronaldinho was the best soccer player in the world. At the very least, he was the most exciting, as he had the capability of producing moments so dazzling that even rivals fans found themselves having no choice but to stand and applaud.

During the course of his 15-plus year career, Ronaldinho played for some of the biggest teams in the world, including Paris Saint-Germain, Barcelona, AC Milan, and, of course, the Brazilian national team.

Unfortunately for Ronaldinho, retirement hasn’t been as spellbound as his playing career was, as he currently finds himself in a Paraguayan prison.

According to ESPN, “the Brazilian legend and his brother Roberto Assis entered the country on March 4 with falsified passports,” claiming they were Paraguayan citizens. Although they were not officially arrested, two days later, a judge denied them bail and refused to release them into house arrest, thus leading to the now-viral images of Ronaldinho playing a pick-up game while behind bars.

🇧🇷 The first picture of Ronaldinho playing football in a Paraguayan jail has been released. I still can't believe it. His team won the game 11-2. Ronaldinho scored 5 goals & assisted 6.

The soon-to-be 40-year-old is reportedly doing quite well in prison, as he’s not playing football and eating pig, but has also apparently taken up learning carpentry.

Sources have told ESPNthat he’s “loved” by his fellow inmates. Though he spends most of his time in a cell at the penitentiary center, his daily activities are divided between playing football with the inmates and the employees, as well as attending a carpentry course. Sources added that Ronaldinho, who will turn 40 on Saturday, is “relaxed” in prison, although he’s missing one of the main pillars of his life: music. A lot of his time in retirement has been spent playing the bongo drums.

“He can’t play any instruments inside but I am sure that in his head he will keep on coming up with melodies for compositions when he’s out,” a source close to the player told ESPN. “He plays football every day and teaches the guys he plays with a few tricks. From the very first moment he wanted to make sure he integrated with the other inmates and he quickly managed to do that. He’s an idol for many of them and they have asked for him to sign hats, shirts and trainers.” 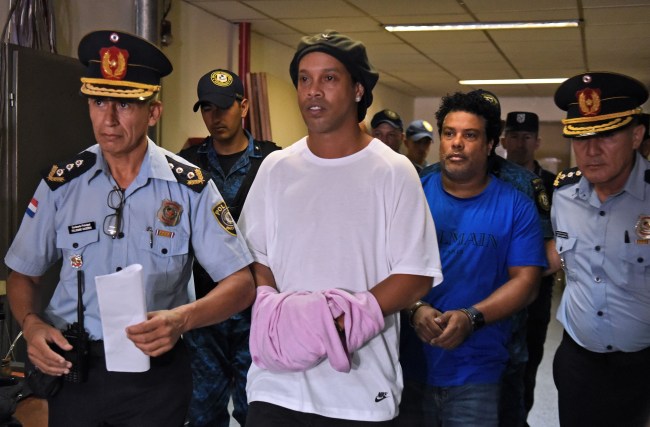 While Ronaldinho’s day-to-day life doesn’t sound too shabby, it’s not all sunshine and rainbows for the soccer superstar, as his lawyer Queiroz said earlier this week that new hearings regarding his release have been delayed because of the COVID-19 outbreak.