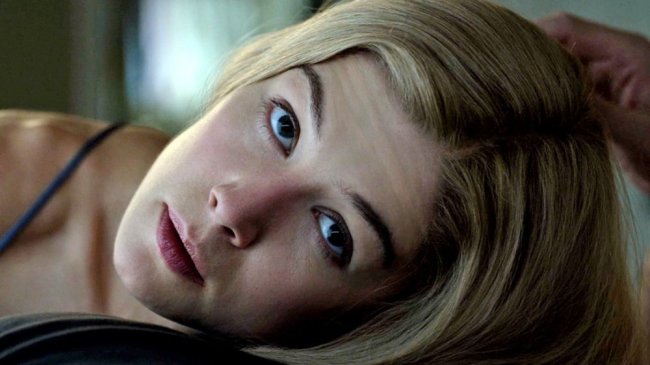 So, uh, it turns out that Rosamund Pike isn’t all that great of an actress, as it appears she’s merely been playing exaggerated versions of herself every time she pops up as a scene-stealing psycho.

Speaking to Ellen DeGeneres for an interview with The Independent, the Academy Award-nominated Pike — who took home the Golden Globe for Best Actress in a Motion Picture Comedy or Musical for her performance as Marla Grayson in Netflix’s I Care A Lot — revealed what she’s been doing with all the awards she’s racked up during his illustrious career: she buries them in her backyard.

“It’s probably [something] deeply psychological…if you’ve got any psychiatrists or therapists in your audience, maybe they’ll say it’s probably some deep lying imposter syndrome,” Pike said about burying her awards. “I find it an uneasy thing to display any award in your home. How do people interact with them when they come home? Do they say, ‘Oh wow, look, those are your awards!’ I think it’s awkward, so I bury them in the garden with a little bit showing up, so you can have an enticing glimpse of a hand, or a globe.

In all seriousness, given the rampant pompousness of Hollywood, this almost makes Pike even more relatable, as if she — like the rest of us — could give a damn less about these relatively-meaningless pieces of recognition. Love me some Rosamund Pike. Hopefully, following the success of I Care A Lot, she doesn’t fade away like she did after Gone Girl and continues to grace us with her immense talent in the years to come.