Take A Tour Of The Largest And Most Expensive Cruise Ship In The World, The Symphony Of The Seas 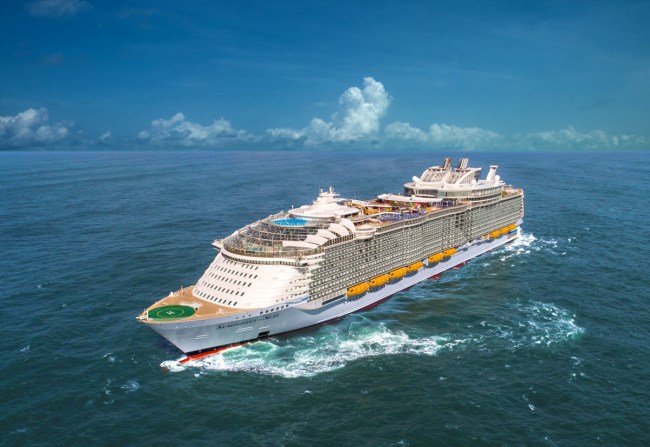 The Symphony of the Seas is the most expensive cruise ship in history with a cost of $1.35 billion. Royal Caribbean hopes to make their money back by servicing a vast amount of people. The massive cruise ship can accommodate 6,680 passengers at full capacity, plus the vessel can hold a crew of 2,200. Symphony of the Seas started construction in early 2015 at the STX France shipyard in St. Nazaire, France. This is Royal Caribbean’s 25th ship in its fleet.

The largest passenger ship ever built features every kind of entertainment, food, retail, and amusement attraction you could ask for while sailing the seas. Symphony has over 40 restaurants and bars, 23 pools, jacuzzis, water slides, a ten-story fun slide, a surf simulator, two climbing walls, a zip line, two giant theatres, an ice rink, a boardwalk area, a carousel, a mini-golf course, laser tag arena, a spa, a gym, a casino, a comedy club, a jazz club, 1,401-seat theater, and dozens of stores. So it’s basically a luxury hotel and an amusement park all on one gigantic boat.

Royal Caribbean is offering a living space that they call “The Ultimate Family Suite.” This insane suite offers 1,346-square-feet of space across two floors. There is a slide to go from the second floor to the living room on the first floor, a video game center, 3-D movie room, a popcorn-maker, air hockey table, ping pong table, and personal hot tub on the balcony that has unobstructed views of the water. In other words, this cruise room is better than any house you’ll ever own. The room, which can accommodate up to eight people also provides you with your own personal butler. But all that amazingness comes at a steep price. For a family of four, The Ultimate Family Suite costs $50,000 for a seven-day cruise.

If you can’t afford the ultimate family suite, don’t sweat it because there are reasonably-priced rooms with balconies, oceanview rooms, and inside cabins that have giant screens on the walls that act and look like a window to the outside of the ship. The mega ship will make its U.S. home port in Miami where it will offer cruises to the Caribbean. In the summer, Symphony of the Seas will sail to Europe where it will offer Mediterranean cruises to ports in Spain, France, and Italy. You can get more information on Symphony of the Seas HERE. Now, let’s take a tour of the largest cruise ship in the world.

It's the final countdown. 🎸 🎶. T-3 days until the inaugural sailing of the world's ultimate ship, Symphony of the Seas. pic.twitter.com/Boy2XxvJSF

Turn up the heat. T-5 days until the inaugural sailing of the world's ultimate ship, #SymphonyoftheSeas. pic.twitter.com/X9KXFE0udp

True life: these behind the scenes shots of #SymphonyoftheSeas are 🔥. Get ready to experience a revolutionary new way to adventure: https://t.co/YcmWyKAqQ9 pic.twitter.com/3CvacoV3Wq 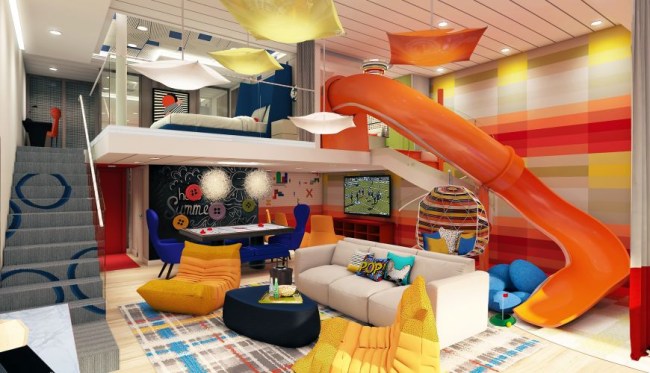 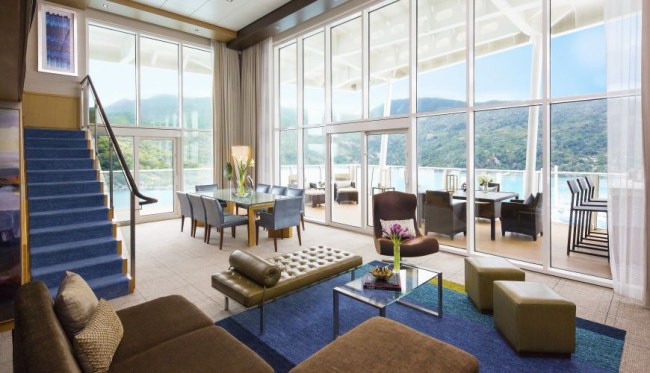 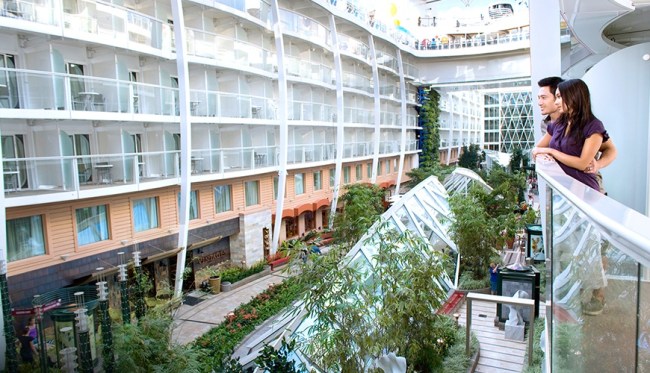