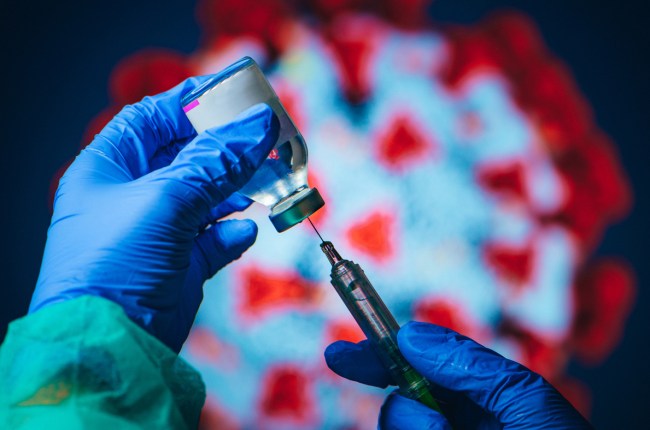 The biggest question on almost everyone’s mind over the course of 2020 has undoubtedly been “When are things going to get back to normal?” Unfortunately, many of the world’s foremost medical experts have repeatedly answered it by shrugging their shoulders and admitting they don’t have a fucking clue, as the timeline was largely contingent on the development of a vaccine we just had to hope would arrive sooner rather than later.

Thankfully, we were finally treated to some good news last month in a year where it’s been few and far between when multiple companies revealed the incredibly promising results of the studies they’d conducted. After taking a closer look, the FDA gave Pfizer the greenlight to start rolling out shots that have been shown to have a 95% success rate, with the most vulnerable people getting priority before it (hopefully) becomes more widely available when 2021 rolls around.

Researchers in Russia also discovered a solution of their own in the form of the Sputnik V vaccine and people in certain areas of the country began to receive their shots this week. However, it comes with a bit of a caveat that might turn some of its citizens into anti-vaxxers for reasons that have nothing to do with conspiracy theories about microchips or autism, as Tass News Agency reports health officials are advising recipients to abstain from alcohol for two months after receiving their shots.

Deputy Prime Minister Tatiana Golikova says the vaccine—which boasts a 91% success rate—takes 42 days to fully kick in and warned alcohol could interfere with the process due to the impact it can have on your body’s immune system.

When you consider Russia sits in the fourth spot when it comes to the countries that consume the most booze per capita, it seems like abstaining for 60 days would be a tall task for many of its residents. With that said, if I had to choose between “drinking” and “not dying of COVID and finally having some sense of normalcy,” I think I’d go with the latter.