Ryan Reynolds Reveals One Of The Best Parts Of Playing Deadpool, Once Again Proving He’s The Man 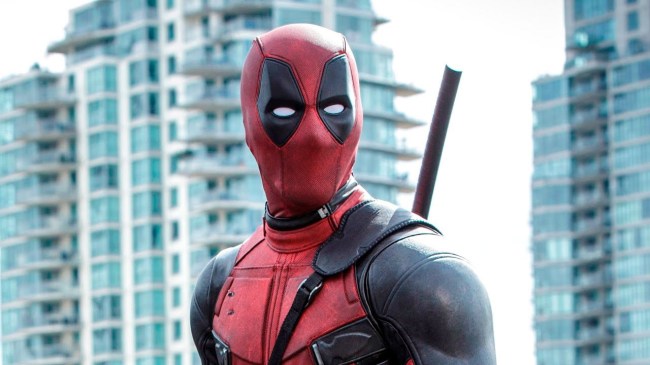 There aren’t too many Hollywood figures without a stain on their image nowadays. There’s no way to predict who the good ones are because one’s on-screen persona lends about as much insight into their personal lives as a Bill Belichick’s press conferences lends to his on-field strategies.

With that said, it’s fair to assume that Ryan Reynolds is a guy with some moral fiber. Since the release of Deadpool alone, the 41-year-old has gone above and beyond in displaying his good-heartedness. He let a young kid who was dying of cancer see an early screening of the movie. He donated $5,000 to a movie theater that was fined for serving beer during Deadpool. He even paid from his own pocket to keep the Deadpool screenwriters on set to touch up the script, as the relatively modest $58 million budget for the movie didn’t allow for such expenses.

Most recently, while Reynolds was in his hometown of Vancouver, Canada doing reshoots for Deadpool 2, he met with several Make-A-Wish kids whose biggest wish was to meet their hero. Reynolds posted photos of him hanging with kids on the set, claiming it’s ‘one of the best parts of playing Deadpool.’ He also sent them each home with some personalized memorabilia.

One of the best parts of playing the Big Red Jackass is welcoming @makeawishamerica and @childrenswishfoundation onto set. Deadpool kicked Cancer in the taint, but these kids do it for real every day. These foundations make dreams come true for a lot of of super-brave kids. They also make dreams come true for parents, who just wanna see their kid smile. HUGE thanks to our Prop Master, Dan Sissons, for making sure every kid left with his/her own sword. (Bamboo versions. Not stabby-stabby versions.)

Guys Deadpool is R rated movie and those kids are watching it…I think something is wrong here.

‘Yup. Deadpool is Rated R. If my kid went through a fraction of the s*** these kids deal with daily, I think they can watch whatever they like. That’s just my .02 cents.’