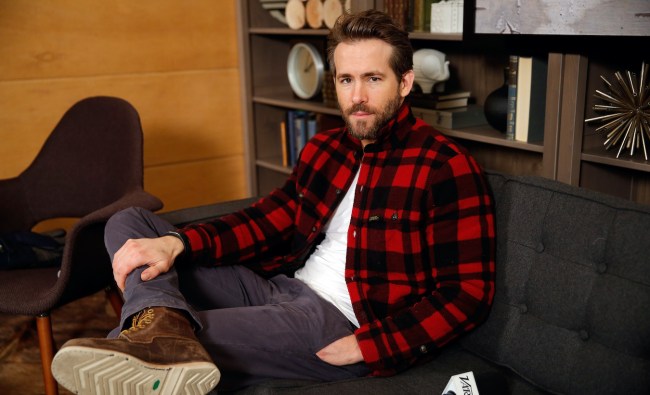 I’ve always wondered what all of the “normal” celebrities think of all the OD ones.

Like, let’s say Seth Rogen were to ever meet Kim Kardashian at a part — I wonder what goes through his mind. Does he feel as though he’s talking to another species? Does he offer her a hit of the joint that he’s most definitely smoking? What would the pair even talk about and how long would it take before Rogen bugged out and bailed?

Ryan Reynolds, despite his otherwordly looks and charisma, strikes me as the “normal” celebrity type, meaning I’m sure he –like we so often do — finds himself wondering… “what the hell is wrong with this people?”

Imagine being a regular celebrity and coming across that legitimately cringe-inducing “Imagine” video. I’d be annoyed as hell that a select group of delusional self-important weirdos was giving the rest of us such a bad wrap.

So, naturally, Reynolds took a jab at those aforementioned attention-seekers and their recent Public Service Announcements by, well, giving his own public service announcement.

Another important message from an important celebrity. Let’s spread the word not the virus. I happily nominate, @stevenpage @Sethrogen and @TerryR49776917 #PlankTheCurve #StayAtHomeSaveLives pic.twitter.com/IRJNI9Y6G9

In times like these, we need more people like Ryan Reynolds to provide us with simple if fleeting laughs.