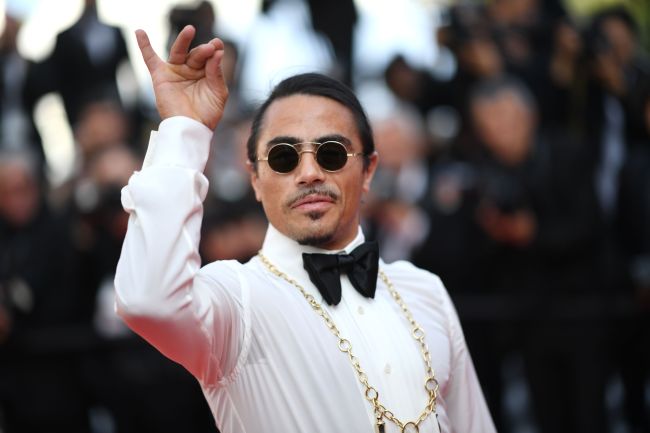 Apparently, you can’t leave your girlfriend around Salt Bae or he’ll steal your girl.

Turkish chef Nusret Gökçe aka Salt Bae became a viral star back in 2017 when a simple video of him sprinkling salt on a steak became an iconic meme. Nusret’s internet fame allowed him to open several restaurants around the world and restaurant-goers always get absurdly excited when they see him.

One woman at his Boston location got so excited that she got to meet Nusret that she started twerking for him in front of other patrons who cheered her on as the Salt Bae filmed her. Unfortunately, the girl’s boyfriend was not happy and angrily stormed inside the restaurant to confront her.

I NEED to know what happened before and after cos this video has me crying.

If Salt Bae is filming your girl twerking at his restaurant and you’re not happy about it, it’s probably for the best that you just break up with her and move on to the next one. There’s no need to get mad or aggressive about it.

I am so confused, but so intrigued. This one is a @lambchops_5 classic. Why is salt bae filming, where are there, who is banging on the door, why is it a problem, is there a follow up?!?? https://t.co/6aV7ZQt7dF

So Salt Bae was videoing shawty twerking and her Dude popped up out the blue?!!? BRUH!!!!pic.twitter.com/t6isM8Ote4

I mean I get why dude mad he got a reason to be….. but he was doing wayyyyyy toooo much especially in public… shawty for the streets https://t.co/YNAJPzWkH4