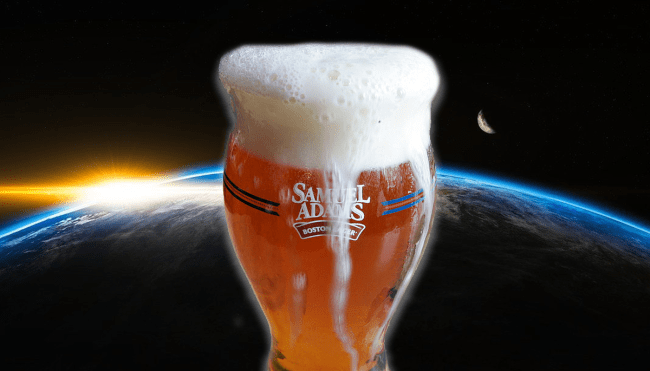 On Thursday, the world reacted with general indifference after yet another billionaire who dropped an absurd amount of money to take a trip to outer space bid the Earth farewell. In this case, the rich guy in question was Shift4 Payments founder Jared Isaacman, who hopped aboard a SpaceX rocket alongside the three other passengers who comprised the first all-civilian flight to ever orbit the planet.

The mission dubbed “Inspiration4” also differentiated itself from the vanity projects Richard Branson and Jeff Bezos orchestrated earlier this year by focusing on an admirable cause. One of the seats on the excursion was reserved for a physician assistant (and bone cancer survivor) at St. Jude’s and another was raffled off as part of the push to raise $200 million for the hospital.

Inspiration4 is slated to return to Earth on Sunday, and once it does, Sam Adams will start working on a new brew that’s literally out of this world. Back in August, Isaacman revealed some lucky hops had also been selected to make the journey with the goal of auctioning them off, which caught the attention of the Boston-based brewery.

Space hops! Far out. We're all about taking beer to new places. We'll take this to the brewery team.

According to Insider, Sam Adams secured the 66 pounds of hops currently aboard Inspiration4 by pledging to make a $100,000 donation to St. Judes, and the craft beer O.G. says it’s planning to whip up a West Coast IPA containing the flavoring agents that’s slated to be released later this fall.

4 real. @inspiration4x sent hops to space and we're using them to brew an out-of-this-world west coast style IPA. Drop a beer name in the comments and it could land on the label, and land you some stellar bragging rights. pic.twitter.com/avk1zjZ4iP

The outlet notes it cost an estimated $361,000 to send the hops into space in the first place, so while you may have to pay a premium for the beer, that’s the kind of novelty that’s worth shelling out a bit more for.