Samuel L. Jackson Rips The Oscars For Never Giving Him An Award: ‘I’m The Guy Who Says S–t That’s On A T-Shirt’ 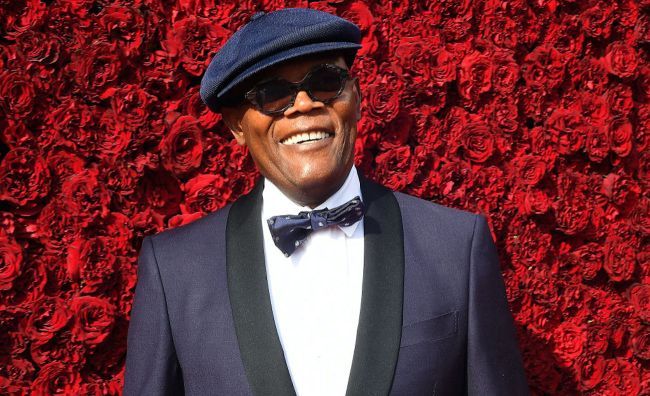 Thanks to a career that’s now spanned over four decades, Samuel L. Jackson has become the highest-grossing actor in the history of movies — literally, he’s #1 — due to his ability to star in massive blockbusters like The Avengers while also anchoring auteur-driven dramas such as The Hateful Eight.

Despite his status as a box-office behemoth and pop-cultural icon, Jackson hasn’t necessarily gotten the critical plaudits he perhaps deserves, as he’s only been nominated for an Academy Award once in his career: for his iconic performance as Jules Winnfield in the 1994 modern classic Pulp Fiction.

Unfortunately for Samuel L., he ultimately lost that Best Supporting Actor race to Martin Landau, and almost 30 years later, he’s still taking an issue with it.

“I should have won that one,” Jackson recently told The Times about his nomination for Pulp Fiction while promoting his new miniseries, AppleTV+’s The Last Days of Ptolemy Grey.

“My wife and I went to see ‘Bugsy,’” he said. “Damn! They got nominated and I didn’t? I guess Black folk usually win for doing despicable shit on screen. Like Denzel [Washington] for being a horrible cop in ‘Training Day.’ All the great stuff he did in uplifting roles like ‘Malcolm X?’ No — we’ll give it to this motherfucker. So maybe I should have won one. But Oscars don’t move the comma on your cheque — it’s about getting asses in seats and I’ve done a good job of doing that.”

“All movies are valid. Some go to the cinema to be moved dearly. Some like superheroes. If somebody has more butts on seats it just means your audience is not as broad. There are people who have had successful careers but nobody can recite one line of their parts. I’m the guy who says shit that’s on a T-shirt.”

Samuel L Jackson is right: not only should he have won Best Supporting Actor — Jules Winnfield is literally one of the most iconic movie characters of the last, I don’t know, 50 years — but Pulp Fiction should’ve beaten Forrest Gump for Best Picture.

RELATED: Samuel L. Jackson Rips Joe Rogan’s Use Of The N-Word, Explains How It Differs From Quentin Tarantino’s