Samuel L. Jackson Rips Joe Rogan’s Use Of The N-Word, Explains How It Differs From Quentin Tarantino’s 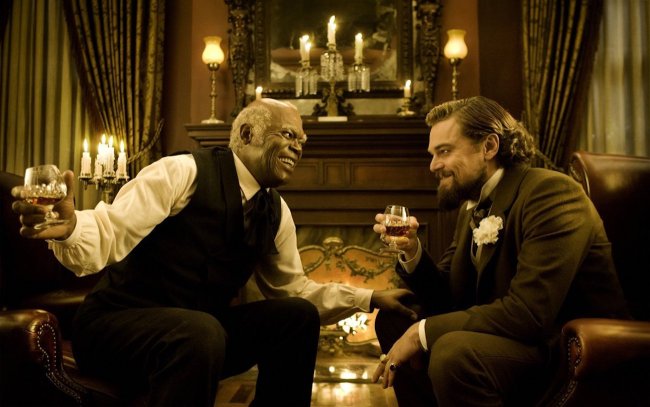 While he’s now 73-years-old, Samuel L. Jackson — the highest-grossing actor of all time — remains as prolific as ever.

In 2022, the Academy Award nominee is set to star in, at least, two TV series and one film, the first of which being AppleTV+’s upcoming The Last Days of Ptolemy Grey, followed by the Marvel Studios series Secret Invasion and the comedy film Blazing Samurai.

To promote The Last Days of Ptolemy Grey, Jackson gave an interview with The Times across the pond and — as one of the most famous sayers of the word in the history of cinema — addressed the recent controversy surrounding Joe Rogan’s abhorrent use of the word.

“He is saying nobody understood the context when he said it,” Jackson says, rolling his eyes. “But he shouldn’t have said it. It’s not the context, dude — it’s that he was comfortable doing it. Say that you’re sorry because you want to keep your money, but you were having fun and you say you did it because it was entertaining.”

So his use of the n-word lacked context? “It needs to be an element of what the story is about. A story is context — but just to elicit a laugh? That’s wrong.” Jackson has worked with Tarantino six times. “While we were rehearsing Django Unchained, Leo [DiCaprio] said, ‘I don’t know if I can say ‘n*****’ this many times.’ Me and Quentin said that you have to. Every time someone wants an example of overuse of the n-word, they go to Quentin — it’s unfair. He’s just telling the story and the characters do talk like that. When Steve McQueen does it, it’s art. He’s an artiste. Quentin’s just a popcorn film-maker.” [via The Times]

Needless to say, we’d venture to guess that Samuel L. isn’t a subscriber to The Joe Rogan Experience. The Last Days of Ptolemy Grey based on the Walter Mosley novel of the same name, will premiere on AppleTV+ on March 11.