People Are Calling To Kidnap Santa And Harvest His Blood After Dr. Fauci Says St. Nick Is Immune To COVID-19 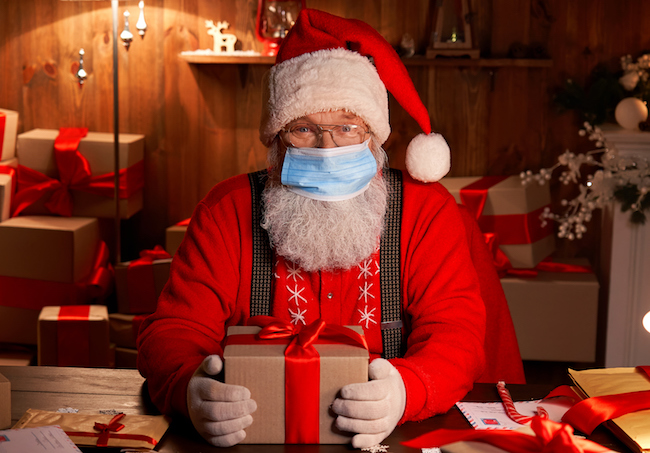 To say Dr. Anthony Fauci knows his shit when it comes to highly-contagious illnesses would be the ultimate understatement, as the man who’s served as the head of the National Institute of Allergy and Infectious Diseases since 1984 has helped write multiple textbooks viewed as the definitive guides to various fields of medicine on his way to being viewed as one of the most trusted authorities concerning his particular areas of expertise.

There has perhaps been no figure than Fauci who’s managed to provide people in the United States and beyond with more advice and reassurance over the course of the pandemic while simultaneously being incredibly blunt concerning the dangerous reality the world is facing due to COVID-19.

However, he also provided us with a brief moment of levity last week when he gave kids some peace of mind by revealing they won’t have to worry about the health risks and contract tracing issues you’d think would come with Santa Claus visiting hundreds of millions of houses over the course of a single night, saying the seemingly immortal resident of the North Pole is also immune to the disease during a chat with USA Today.

As I mentioned, Fauci has been viewed as the authority when it comes to navigating this situation as researchers around the world have been working on the vaccines that recently provided us with the good news we’ve been looking for, as a couple of companies who claim to have developed injections that studies have shown to be around 90% effective say they could begin to release limited amounts by the holiday season pending approval.

With that said, I can’t help but think about how Fauci A) discovered St. Nick can’t contract COVID in the first place and B) how long it’s been since he obtained this information and potentially sat on it, as you’d have to think scientists given the opportunity to study him would’ve been able to benefit from that analysis if they’d gotten to do so as things first began to unfold.

As Complex notes, it appears I’m not the only person out there who’s thought about this, as plenty of people have been jokingly expressing their desire to figure out a way to track down Santa in the same way the Fireflys were intent on finding Ellie in the initial installment of The Last of Us series in an attempt to develop a cure.

if santa's immune from covid that means his blood is special.

we have to drain santa.

Me on Christmas Eve waiting for Santa to extract his blood https://t.co/yzkBO7h6EF pic.twitter.com/57KluxRWE0

If Santa clause is immune to coronavirus and also immortal then I believe it is both morally right and absolutely necessary that he be kidnapped and forcefully used to create vaccines as infinitum. This is the greatest gift he could ever give humanity.

If Santa is immune to the virus, why is this chump holding out? For Christmas he should simply give us all the gift of immunity like tf?

As The Santa Clause taught us, Kris Kringle is apparently not immune to dying when it comes to falling off of a rooftop, so while I can understand some of you might have the urge to channel your inner Kevin McAllister and set up an elaborate trap in an attempt to find a cure, I hope you can ultimately restrain yourself.