Best Fishing Trip Ever Or Charter From Hell? Charter Capt. Allegedly Did Cocaine, Got Hammered, And Shot His Gun 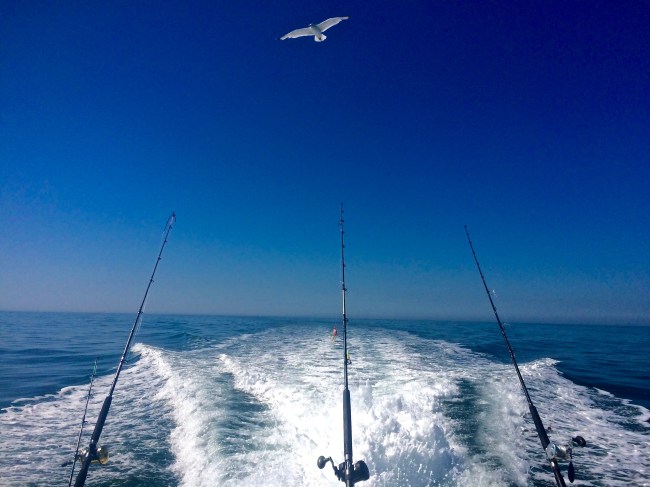 It’s always fun seeing your hometown in the news. This news comes out of Sarasota, Florida where I was born and raised. I even worked as a first mate on a charter fishing boat when I was growing up so I know this particular industry well.

A buddy texted me this news story yesterday afternoon with the message “I think I would’ve actually paid extra for a charter like this” which was all in jest, but I think it hints at how much this fishing captain completely misread the situation.

It’s a pretty relaxed industry. I’ve had captains tell me I can ‘smoke’ on board if I want only to later light up a joint themselves. But crossed so many lines and sounds absolutely horrifying for the passengers who feared for their lives. Here’s the story from MSN:

Sarasota police say passengers aboard the boat told them Captain Mark Bailey, 36, drank rum from the bottle, had multiple beers, got high from cocaine and ended up in an argument with a 15-year-old passenger who reportedly tried to grab his uncle a drink from the captain’s pail.

“It was like a movie, unbelievable,” said passenger Christopher Giuffre, who was on board with his dad.
Giuffre says Bailey ripped a chain off fellow passenger Jason ‘Junior’ Rialmo’s neck for trying to grab the beer for his uncle.
“I thought at first he was just playing,” Rialmo told 10News. “But then I realized he was serious and I was like I can’t do that.”
In statements filed with the Sarasota Police Department, the passengers claim Bailey fired a gun more than once while the vessel was 30-40 miles offshore.

“I hit the deck and scrambled inside and my dad just looked up at the captain wondering what was going on and after that point it was just anxiety and fear,” Giuffre told 10News.
“That’s when it was like, ‘Okay, this is a very real situation, these are not idle threats, this is life or death now.’” (via MSN)

Florida Man fishing boat captain holds passengers hostage, does coke, drinks beers, knocks back rum, fires off 9mm & allegedly told them “I’m going to put a bullet in each one of your heads" while out at sea 🔥🔥https://t.co/wVwIJnvPxU pic.twitter.com/a8KQCLyw3R

What’s crazy to me is how they’ve actually vetted this captain before:

“I tried not to panic because you could see the panic in everybody,” said Carlo Lopeparo, who booked the charter. He says he’s done the excursion with the same captain several times before without issue.
“We’re very thankful that we were able to make it back unharmed and glad this didn’t happen to another family out there,” Lopeparo said.

After being handcuffed and arrested, the captain reportedly kicked the window of the police cruiser. Sounds like the behavior of a totally sober and not-unhinged-at-all person.

I haven’t gone to Facebook yet to see if I know this person but Sarasota isn’t the biggest city and I have to think that I’ve at least met this guy at some point in my life. I’ll be curious to hear what the report is on him from people in the industry once everyone starts gossipping about it.