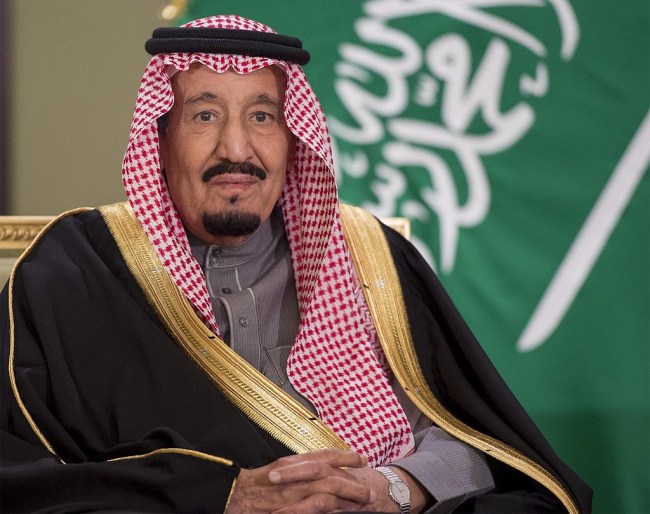 The Saudi King has an estimated net worth in the billions which enables him to do things like drop $100 million on a month-long vacation with 1,000 of his closest relatives and scrubs leeching off him.

King Salman has spent a month at his Summer estate in Tangier, reportedly his favorite vacation spot. He has a 74-acre Summer Palace there and for this month-long vacation, he brought over 1,000 people in his entourage. Instead of having everyone shack up at the King’s Palace, he instead opted to put the 1,000+ entourage up in luxury hotels. There were also 200 cars rented for his entourage. For this vacation, around 800 of the most luxurious hotel rooms in all of Tangier were booked for a full month).

According to the Daily Mail, this single vacation by King Salman and his entourage accounts for 1.5% of Morocco’s annual tourism revenue. The King’s Moroccan palace is protected by 30 members of the Moroccan Royal Guard. The complex has three helipads, a circus-sized tent, and a whole lot more.

The complex looks more like a small beach-side city than it does a vacation estate. The property itself is larger than any all-inclusive resort you’ve ever stayed at.

While the King was spending $100 million on his vacation for 1,000 people in Tangier, the Saudi Princes were off partying on 300+ foot mega yachts and partying throughout Europe, according to the Daily Mail.