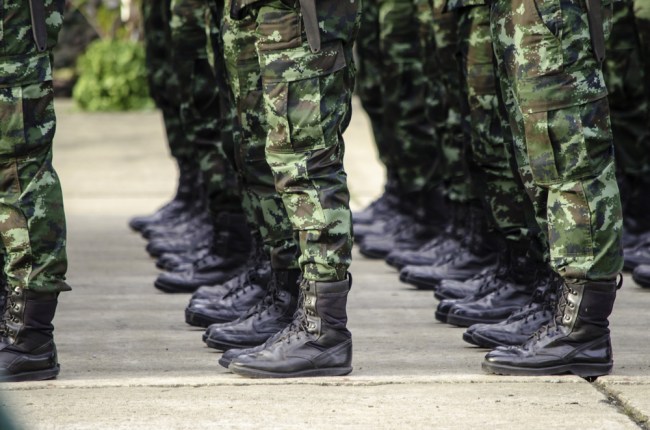 When I think of parades the images that come to mind include WWII veterans riding in antique fire trucks, sports teams popping bottles while celebrating championships, marching bands, enormous balloon characters, and shit like that. When I think of a parade it’s pretty much the exact opposite of what I see below.

This clip from the BBC includes images of the Mecca Military Parade from the Saudi Arabian military. It’s a pretty batshit crazy show of unrealistic force involving things like some dude jumping head first through the rear windshield of a car:

I’m not saying that we need more parades like this here in America, but wouldn’t it be chill if we could at least get one like this? We’ve got the most advanced and badass military the world has ever known, the deadliest force since the dawn of civilization. Can’t we at least pay $15 for a ticket to see some Patriot Games happening live???