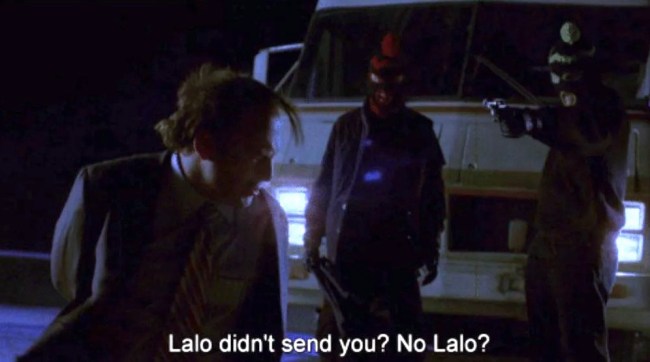 Given that Breaking Bad is widely considered to be one of the best, if not the best television series of all time, Better Call Saul always had a nearly impossible task of living up to its iconic predecessor.

Still, despite the odds stacked against it, Better Call Saul has now become so beloved that there are some people out there — I am not one of them, for what it’s worth — who believe that it’s actually better than Breaking Bad (a blasphemous take in my opinion, but to each their own).

One of the ways Better Call Saul has been able to establish its own legacy is that — outside of the series largely being focused on Breaking Bad favorites Saul Goodman, Gus Fring, and Mike Ehrmantraut — it’s been able to tell its own thrilling story despite the inherent parameters that come with being a prequel series.

And not only has Better Call Saul been able to navigate the narrative guardrails put in place by what came before, but it’s been able to utilize them to its advantage, as the series has taken what were once passing moments in Breaking Bad and given them entirely new meaning.

Saul Goodman says “It wasn’t me, it was Ignacio!” in both Breaking Bad and Better Call Saul

The most notable example of this, of course, is the now-famous line “It wasn’t me! It was Ignacio!” yelled by Saul when he’s first taken hostage by the then-fumbling duo of Walter White and Jesse Pinkman, the desperate Goodman plea made little to no sense at the time. Now, thanks to Better Call Saul, fans understand the entire scope of why Saul said *that line* in *that moment*.

That retroactively-iconic line was repeated in the eighth episode of the sixth season, as Saul — being held hostage by Lalo — tries to reason that it wasn’t him, but Ignacio. Naturally, fans who have been following this character for over a decade absolutely lost it.

“It wasn’t me, it was Ignacio” I can’t believe they took a throw away line and gave us one of the most heightened thrillers ever. #BetterCallSaul

It wasn’t me, it was Ignacio! He’s the one!🤐 #BetterCallSaul #BreakingBad

When Jimmy said "It wasn't me, it was Ignacio!" recognizing it from Breaking Bad #BetterCallSaul #BetterCallSaulSeason6 #BreakingBad pic.twitter.com/UjI5XDHjnD

“It wasn’t me it was Ignacio, did Lalo send you?

“It wasn’t me, it was Ignacio!” pic.twitter.com/RU9TEBnT0n

#BetterCallSaul “IT WASNT ME! IT WAS IGNACIO!” We’ll be hearing that 4 years later. pic.twitter.com/wma6bJYUo0

The final five episodes of Better Call Saul will hit AMC over the next five Mondays, finally concluding with the series finale on August 15.