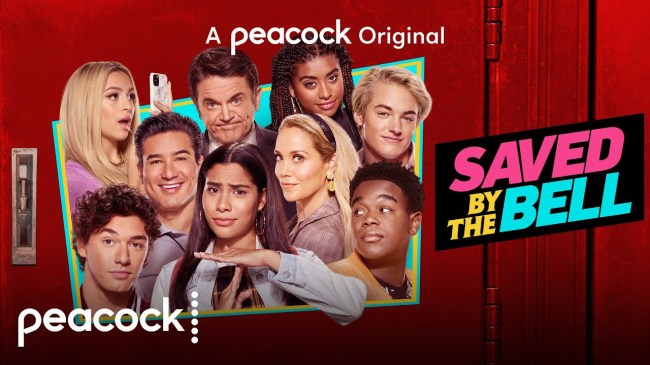 Remember that Saved By The Bell episode when Screech infiltrates the girls locker room dressed as Sinead O’Connor and somehow avoids being put in prison? At least for this particular incident.

Today, the Saved By The Bell franchise is under fire for making light of Selena Gomez’s 2017 kidney transplant she received due to complications from Lupus, an autoimmune disease that damages organs and tissues.

In episode six from the season 1 reboot, two Bayside students are arguing over who Selena’s donor really was. In reality, it was Selena’s close friend and actor Francia Raísa.

Saved by the Bell, that's disgusting. Selena almost lost her life, jokes about her kidney transplant is NOT FUNNY. Respect Selena Gomez. pic.twitter.com/c8AZbsU1m0

“I know for a fact that Selena Gomez’s kidney donor was Justin Bieber’s mom. God, I wish that I had my phone so that I could prove it,” one student says in the scene. “Prove what?” the other replies. “That you’re an idiot? It was Demi Lovato’s kidney. They’re best friends, like you and I were.”

In a separate scene, the phrase, “does Selena Gomez even have a kidney?” is graffitied on the wall for some reason.

a tv show called "saved by the bell" has "does selena gomez even have a kidney?" written on the wall. this is so disgusting and unnecessary. selena doesn't deserve this.

In response, Respect Selena Gomez began trending on Twitter over the weekend, prompting an apology from the streaming service Peacock.

“We apologize. It was never our intention to make light of Selena’s health,” the statement says. “We have been in touch with her team and will be making a donation to her charity, The Selena Gomez Fund for Lupus Research at USC.”

Appreciate the apology but let’s not forget about the donors that potentially felt offended and dismissed from the spray paint written on the wall https://t.co/HIwa30PKMM

This will likely be the first and only time the Saved By The Bell reboot will be trending for anything. Savor this moment.