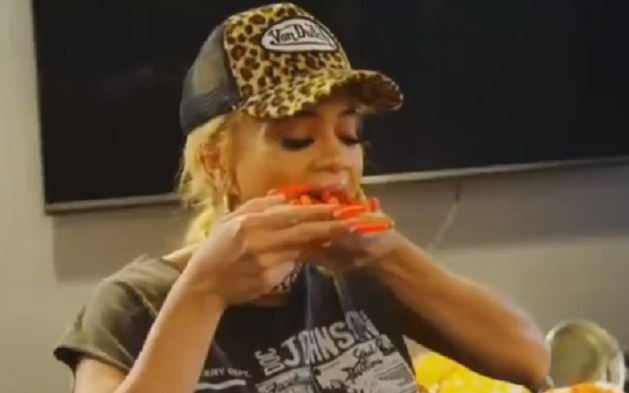 Saweetie’s odd eating habits continue to baffle much of her fanbase.

On Saturday night, Quavo’s ex was set to perform at the Jake Paul-Ben Askren fight club. Before her performance, Saweetie spoke with Snoop Dogg about the strange combinations of foods she likes to eat.

During the segment, Saweetie revealed how she likes putting Hot Cheetos on pizza and ramen noodle seasoning on oysters.

The Internet immediately mocked Saweetie over her terrible food combinations.

Saweetie: “I put Top ramen seasoning on my oysters and hot Cheetos on my pizza”

Saweetie putting hot Cheetos on a pizza AND THEN ramen seasoning on an oyster.

So I'm watching Saweetie put hot cheetos on pizza and ramen seasoning on oysters. All I'm saying is I get why Quavo cheated.