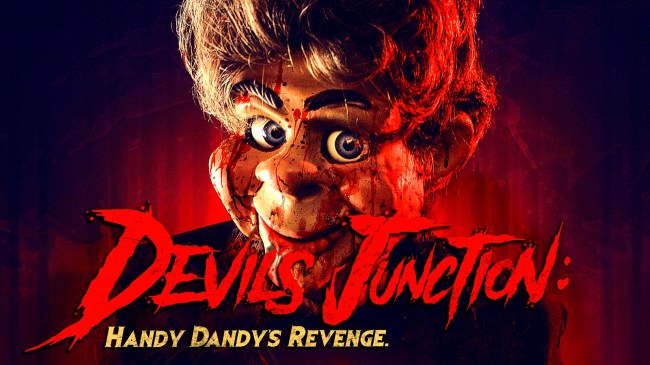 You know, not every movie is a blockbuster, or stars The Rock, right? For those, we’ve got you fully-covered right here.

In fact, a very large portion of movies that are produced each year never actually make it into theaters.

A study done for the American Film Market by film data researcher and movie industry consultant Stephen Follows revealed that out of the 877 independent films made in 2017, 40% did not get any kind of theatrical release. Another 35% had theatrical releases so small (one or two theaters) there was no reported box office.

Which means that there are literally hundreds of movies coming out each year that only appear on DVD, Bluray, or Video on Demand.

Many of these films are often referred to as schlock, which Merriam-Webster defines as “of low quality or value,” thus the moniker. That being said, some of the worst films in cinematic history are actually some of the best. You know what movies I am talking about. They’re called cult classics.

These are those movies and their new trailers for the week of September 15, 2019.

After Earth suffers a cataclysmic extinction-level event, four astronauts marooned on a dying space station must embark on a desperate fight for survival amidst the mind-shattering horror of what it means to be the last humans alive.
Stars: Kate Walsh, Miranda Cosgrove, Omar Epps

After a series of disturbing supernatural events in his home, Joel a young single father, comes to suspect that his young son may be possessed. Soon Joel receives a visit from Father Lambert, a controversial exorcist in town whose last patient died during his treatment. As increasing chilling occurrences begin to unfold, the priest informs a resistant Joel that unless he can successfully perform an exorcism, the devil will soon take full control of his boy.
Stars: Robert Kazinsky, Peter Jason, Hannah Ward

A twelve-year-old girl Nina, lost her parents tragically in a car accident and now is forced to live with her unstable evil aunt. Nina’s aunt who also has ties to some very bad people, takes a job that requires her to go away for a few days, leaving little Nina at home alone with just about enough to live on. That is when Nina meets Harvey the dangerous escaped mental patient in the woods and soon befriends him, and hides him at home.
Stars: Sanae Loutsis, Jonathan Holbrook, Joy Yaholkovsky

Haunted by a tragic past, Shahrzad, a stunning music student, flees her homeland and ends up in an estranged marriage in Los Angeles, where her piano teacher’s lover sparks a passion in her that threatens to destroy everything. A heartbroken man attends a spiritual retreat to cleanse himself and fix his broken life.
Stars: Kyle Gallner, Ryan Guzman, Joanna David

When a nurse downloads an app that claims to predict the moment a person will die, it tells her she only has three days to live. With the clock ticking and a figure haunting her, she must find a way to save her life before time runs out.
Stars: Anne Winters, Elizabeth Lail, Charlie McDermott

When a wellness guru suddenly dies during the opening of her new wellness center, her sister refuses to believe it’s due to a heart condition and begins to investigate how she could have died.
Stars: Jeannette Sousa, Breanne Hill, Keenan Tracey

Returning to the abandoned Detroit television station where they once delighted a generation of children viewers, master puppeteer Mister Jolly re-incarnates his minion puppets for a final performance to settle an old score with Richard. The rare blood moon casts an ominous glow as Mr. Jolly unleashes his puppets, lead by the infamous Handy Dandy to seek his revenge.
Stars: Bill Mosely, Bill Oberst

After a plague of the undead decimates human life on earth, a former hit-man, his wife, and daughter, Bree, live quietly in a survivalist compound. But when the base is attacked, a massive explosion summons a swarm of the undead. They escape and must seek out the Haven, a rumored sanctuary up north, while the father teaches his daughter to shoot, drive, and survive before time runs out.
Stars: Mark Dacascos, Julie Condra, Noelani Dacascos

In The Shadow Of The Moon

When a celebrity couple famed for their YouTube scare-prank channel are invited to a friend’s converted church in the countryside for a weekend getaway, a series of startling events unfold that spiral them into an inexplicable nightmare.
Stars: Jonathan Craig, Alana Elmer

An eccentric mortician spins four twisted tales of madness and the macabre in a sleepy New England town where nothing is as it seems.
Stars: Caitlin Custer, Christine Kilmer, Jacob Elordi

No Such Thing As Monsters

A young couple on a romantic weekend in the Australian bush are terrorised by a psychopathic family.
Stars: Angel Giuffria, Matthew Clarke, David Macrae

A man on the verge of a promotion takes a mysterious hallucinogenic drug that begins to tear down his reality and expose his life for what it really is.
Stars: Tommy Flanagan, Justin Long, Sheila Vand