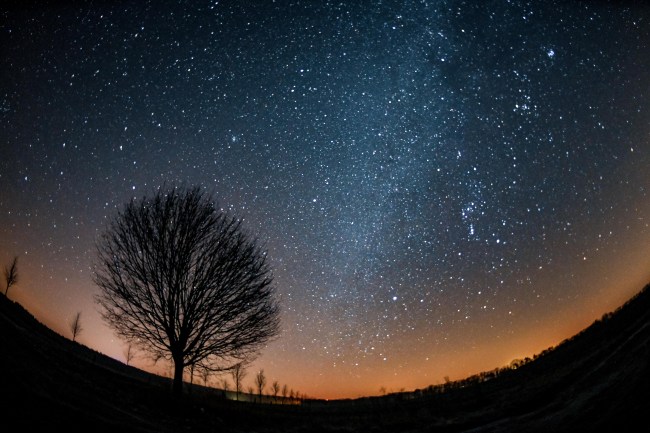 While Karen is ruthlessly debating strangers on Facebook on how the Super Bowl halftime performance threatened her Christian beliefs, there are just entire galaxies going poof. Honestly though, Karen from Nebraska, tell me again my ultimate destiny.

Don’t panic, folks, but a gigantic star system known as XMM-2599 that has challenged modern numerical models has mysteriously went dark and people a lot smarter than me don’t know why.

To put producing more than 300 billion suns in perspective, the Milky Way produces about one star a year.

Gillian Wilson of the UC Riverside department of physics and astronomy is confounded by how the monster galaxy “perished” because “very few galaxies have stopped forming stars, and none are as massive as XMM-2599.”

#Dead_monster_galaxy found lurking in the distant universe:Ultramassive monster galaxy dating back to the early days of the universe lived fast and died young, astronomers said.The #galaxy, #XMM-2599, existed 12 billion years ago. It formed a bunch of stars and died pic.twitter.com/Z7bnmB2rX4

While scientists hypothesize XMM-2599 died because it stopped getting fuel or its black hole switched on, Wilson pondered about what’s next for the mega-galaxy.

“We have caught XMM-2599 in its inactive phase. We do not know what it will turn into by the present day. We know it cannot lose mass. An interesting question is what happens around it. As time goes by, could it gravitationally attract nearby star-forming galaxies and become a shining city of galaxies?”

Michael Cooper, co-author and an associate professor of astronomy at UC Irvine, claimed “This outcome is a strong possibility.”

“Perhaps during the following 11.7 billion years of cosmic history, XMM-2599 will become the central member of one of the brightest and most massive clusters of galaxies in the local universe. Alternatively, it could continue to exist in isolation. Or we could have a scenario that lies between these two outcomes.”

Sorry for the interruption, now we can all go back to having strong opinions about gluten.