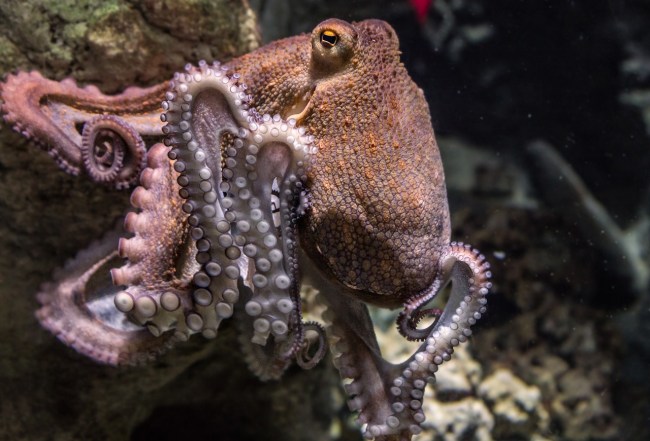 I was in college during the Golden Age of EDM, a time when you couldn’t put together a party playlist unless it contained a steady stream of songs by the likes of Skrillex, Diplo, and the gone-too-soon Avicii.

Wow. Just typing that sentence was a blast from the past.

If you happened to go to any shows or festivals back in the day, there was a very good chance you’d encounter at least a few people who were more entranced with their glow sticks than any normal person should be thanks to the blast of serotonin that comes with doing MDMA.

Even if you’ve never rolled on Molly, you’re probably well aware of its effects, which usually involve people getting a little too handsy while unconsciously grinding their teeth.

I’ve come across a number of weird scientific studies in my day but I’m not sure if I’ve come across one I’ve enjoyed more than a recently published article concerning what happens when you give an octopus ecstasy in the name of research.

A group of scientists turned to the drug to see if it would have any impact on California two-spot octopuses, which are apparently some of the most antisocial creatures in the sea.

To conduct the experiment, the researchers pumped the drug into a tank and observed how the water animal would react.

It turns out MDMA has a similar impact on the octopus as it does on people, as the creatures became far more sociable when introduced to other members of their species.

In recent years, a number of studies have examined the psychological benefits of illicit drugs and have found ketamine and magic mushrooms can also have a major impact when it comes to treating things like anxiety and depression.

I’d be lying if I said I wasn’t a little jealous of these subjects.