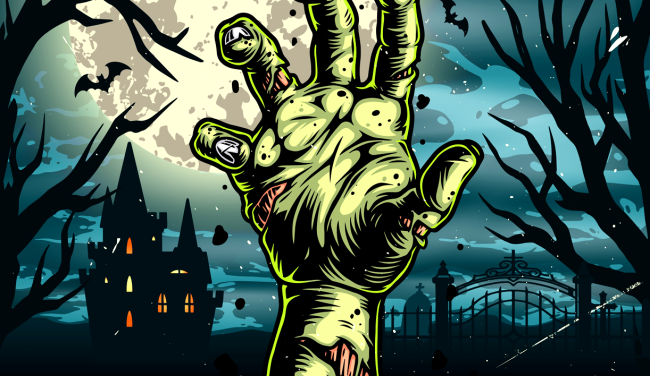 Scientists have triggered new fears of a pandemic after resurrecting a “zombie virus” that’s been under the ice of a frozen lake in Russia for 48,500 years – a new world record.

A team of researchers from Russia, Germany and France discovered the “zombie virus” in ice core samples collected from ancient permafrost in the Siberia region of Russia. More specifically, the samples that were recovered are from permafrost 53 feet below a lake in Yukechi Alas in Yakutia, Russia.

The revived “zombie virus” has been given the name Pandoravirus yedoma.

According to their research paper, preliminary findings include 13 previously unseen pathogens among the nearly two dozen viruses they have revived. Nine new viruses they unearthed are believed to be tens of thousands of years old.

The team behind the work, led by microbiologist Jean-Marie Alempic from the French National Centre for Scientific Research, says these reanimating viruses are potentially a significant threat to public health, and further study needs to be done to assess the danger that these infectious agents could pose as they awake from their icy slumber.

“One quarter of the Northern Hemisphere is underlain by permanently frozen ground, referred to as permafrost,” the research paper continues. “Due to climate warming, irreversibly thawing permafrost is releasing organic matter frozen for up to a million years, most of which decompose into carbon dioxide and methane, further enhancing the greenhouse effect.”

The scientists also wrote, “While the literature abounds on descriptions of the rich and diverse prokaryotic microbiomes found in permafrost, no additional report about ‘live’ viruses have been published since the two original studies describing pithovirus (in 2014) and mollivirus (in 2015). This wrongly suggests that such occurrences are rare and that ‘zombie viruses’ are not a public health threat.”

However, they did add, “It is thus likely that ancient permafrost will release these unknown viruses upon thawing. How long these viruses could remain infectious once exposed to outdoor conditions, and how likely they will be to encounter and infect a suitable host in the interval, is yet impossible to estimate.”

Related: Scientists Believe A Zombie Outbreak Could Actually Happen Thanks To A Parasite Many People Already Have

Another concern is that if there are more “zombie viruses” buried in the permafrost of Russia, scientists there could use them in creating biological weapons. There is also the worry that the melting permafrost could accidentally unleash a new pandemic.

One example of this occurring is when a child died in an anthrax outbreak in northern Siberia in 2016 when melted permafrost exposed an infected reindeer carcass.

“If the authors are indeed isolating live viruses from ancient permafrost, it is likely that the even smaller, simpler mammalian viruses would also survive frozen for eons,” virologist Eric Delwart from the University of California, San Francisco told New Scientist.