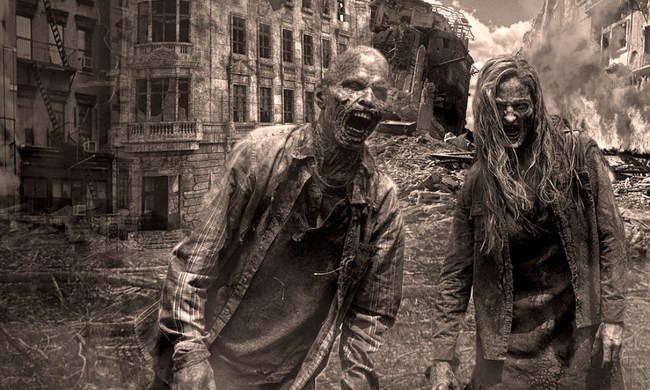 Seven months ago we got word that there was such a thing as zombie ants. Ants infected by a fungus named Ophiocordyceps unilateralis lose self-control, die, the fungus then eats its way out from the inside releasing spores and infecting even more ants. The scene surrounding where this fungus attacks basically looks like the antocalypse – dead ant bodies just strewn everywhere.

The fungus is, as far as we know, not able to infect humans.

Now, we learn that there is another parasite called Toxoplasmosa gondii which has the ability to infect the brains of rodents.

What this parasite does to rodents is it causes them to completely lower their defenses around their natural predators such as cats. The parasite does this manipulation because the predator, the cat, is actually the animal in which the parasite really wants to reside.

How is that bad for humans? Well, you know how drugs and other things are very often tested on rats or mice prior to being made available to for human use? Yeah… you’re starting to follow now, aren’t you?

The Daily Express reports that scientists believe “half of humans around the world have a dormant version of the parasite on their brains in the form of harmless cysts.”

Nonetheless, for some with immune deficiencies, the parasite has taken over which has been linked to schizophrenia and suicidal tendencies.

A study from the University of California revealed that the parasite is more powerful than previously thought.

Wendy Ingham, who led the University of California study of T. gondii stated, “The idea that this parasite knows more about our brains than we do, and has the ability to exert desired change in complicated rodent behaviour, is absolutely fascinating. Toxoplasma has done a phenomenal job of figuring out mammalian brains in order to enhance its transmission through a complicated life cycle.”

As if that wasn’t bad enough, Dr. Ben Neuman, a professor of virology at the University of Reading, told Yahoo! in 2015, “There are parasites out there that get close to making actual walking around zombies. But the real weirdoes locked up in Mother Nature’s basement are the viruses. There are more viruses out there than we will probably ever discover and I bet that somewhere out there in nature something like this is happening.

“If you look at rabies, it completely changes the way a dog behaves. It’s transmitted by bites, it leads to madness, convulsions, and so it’s not really that far-fetched.”

So are we really just one parasitic evolution away from a real life The Walking Dead?

Probably not, but then again, who would have ever thought there would be a virus that would completely shut down the NBA?