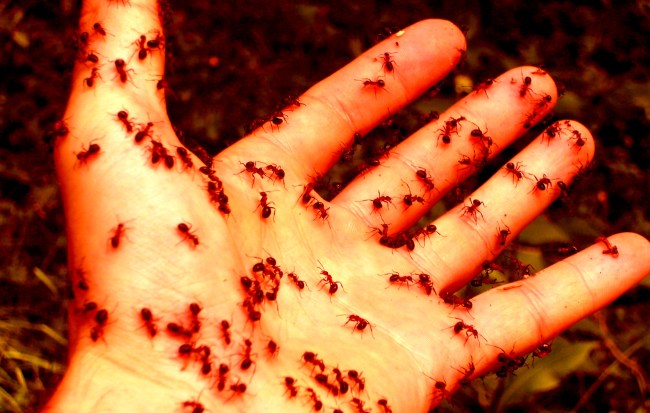 The list of terrifying creatures that at some point will most likely band together to put an end to the human race just got a new addition: zombie ants. That’s right, zombie ants.

Let’s go to the tote board. We’ve now got to defend oursevles from (in addition to robots and A.I.)…

We are so screwed.

Although it’s not the ants so much that I am so scared of, its the evil, murdering fungus, Ophiocordyceps unilateralis, that creates them.

This O. unilateralis researchers studied and published about in the Journal of Experimental Biology might actually be the end of us if it figures out how to get its hooks into human beings. 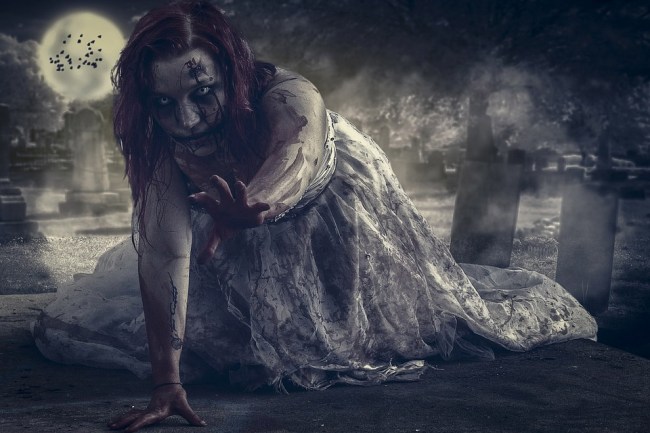 When an ant is infected with a spore it’s not a pretty sight. The insect appears to lose self-control, venturing to the tops of plants and clamping onto leaves and twigs with a death grip. The ant eventually dies there, and the fungus eats its way out from the inside, releasing spores that infect even more ants.

It’s like something straight out of a horror movie, only with, you know, ants.

In studying this bizarre sequence, researchers discovered that it’s not actually the brain of the ants that the fungus is interested in, it’s their jaws. By freezing infected insects in various stages, the scientists were able to document how the fungus travels in the ants’ bodies, revealing that while the brain of the bugs was essentially untouched, the fungus aggressively attacked the ants’ mandibles.

It turns out that the “death grip” the ants engage in is the result of the fungus triggering the jaw muscles with such force that it actually damages the muscle fibers. The muscles swell and lock into place, and there’s quite literally nothing the ant can do about it.

The scene surrounding where this fungus attacks must look like the ant version of the apocalypse because once the fungus has eaten the litle buggers up from the inside out all of the corpses just sit there, jaws locked onto whatever foliage they put their literal death grip on before dying.