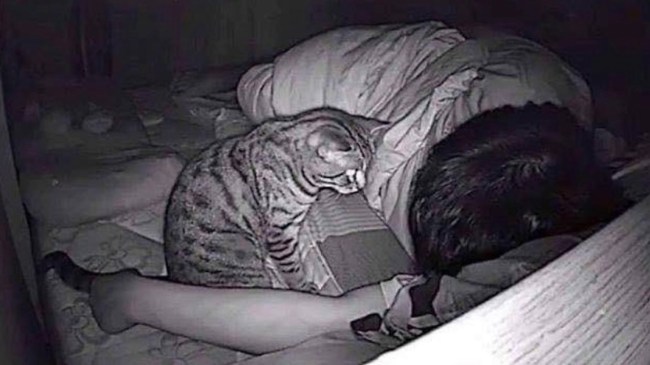 How do I put this lightly? Hmmmm, let’s just go with… I assiduously fucking hate cats (no need to Google that one, “assiduously” means constant/relentless, so there’s your free dose of education for the day).

Throughout the years, I’ve been legitimately fascinated with how such miserable creatures became such a common house pet. When dogs exist, why on Earth would one (assuming relative levels of sanity) opt to own a cat instead?

Whether it be studies that suggest they domesticated themselves — meaning they essentially started showing up in people’s homes and we just had to fucking deal — or the ones that prove if they were big enough, they’d try to kill you, there is literally tons of evidence out there proving that cats really are simply the god damn worst.

Yet, human beings still insist on inviting these devilish creatures into their homes. Hopefully, with enough circulation of stories like these, our pact with Satan’s Litter will end and they will be vanquished from our lives permanently.

Twitter user Luis Navarro noticed he had trouble breathing at night when he slept, prompting him to set up a camera near his bed in order to solve the mystery of his labored breaths.

And what did he find, you ask? You know, just his fucking pet cat that he merely raised, shelters and feeds staring him in the face like a bloodthirsty serial killer before promptly parking himself onto Luis’ most vital orifices.

“I couldn’t breathe when I slept so I installed a camera” pic.twitter.com/DDhP0OweoW

Now, at this point, you’re probably asking yourself: “But Eric, isn’t the cat just trying to cuddle?”

And who knows, maybe it is, but the point remains the same as cats have lost the right to the benefit of the doubt considering there are literally SCIENTIFIC STUDIES about whether or not they want to murder us.

My advice? Join the rest of the sane among us and buy yourself a dog, they’re far cuter and significantly less diabolical.

All of your that are keeping your village people as pets, you feed them, bath them, provide a comfortable environment and they still don't like you and don't even hide it. Cats are not pets, you are the pet in the relationship.

That’s not a cat that’s a fucken demon lol

Your cat is trying to murder you.