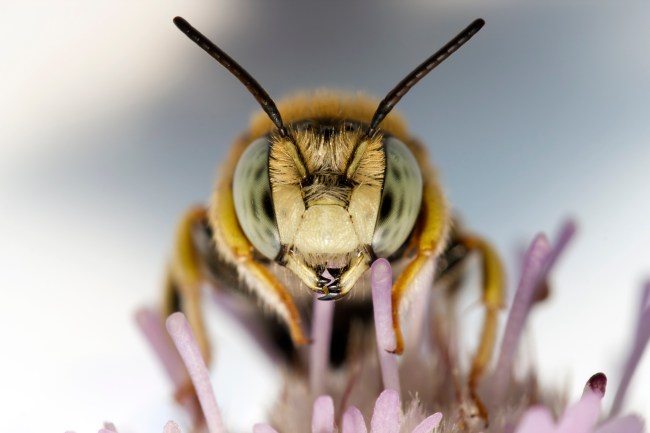 The science community is freaking out over the news that the world’s largest bee has been spotted for the first time since 1981. You’d think that it wouldn’t exactly be difficult to find the biggest bee species in the world but it’s remained hidden from the world for nearly four decades because this species inhabits some remote land.

The Wallace’s giant bee was spotted in the North Moluccas islands off of Indonesia last month (January) during a 5-day expedition to the remote area. Wildlife photographer Clay Bolt made the discovery as part of the Global Wildlife Conservation’s ‘Search for Lost Species’ program and I think it’s safe to say this was a successful expedition.

This bee is nothing short of a monster. Compared to the bees I’m used to seeing here in Florida this thing might as well be a pterodactyl. I used to think that the bees I’d see in the Adirondack Mountains in upstate New York were as big as bees could possibly get but now I’m questioning everything I’ve ever known about bees because this thing is MASSIVE.

Just look at the size of this Wallace’s giant bee compared to a typical bee:

This thing is unreal!!!

According to NPR, it’s not just the monstrous size of this ‘Brobdingnagian bee’ that makes it so remarkable but the size of its mandibles also rival that of the stag beetle’s which is almost unheard of in the animal kingdom. When this bee was last spotted in 1981, it was seen using those huge mandibles to scrape resin from a tree which it rolled into a ball and flew away with back to its nest.

The remote habitat of the Wallace’s Giant Bee is to thank for this bee going unseen for nearly 40 years. It’s also led to poachers unable to track it down and sell it on the black market because there’s apparently a market for buying and selling rare bees.

Who knew? Last year, a preserved specimen of this bee sold for $9,000 on eBay so it’s definitely a species poachers would be trying to seek out and I suspect it’ll be a problem in the near future.

For more on this remarkable discovery, you can click here to check out NPR’s full coverage.