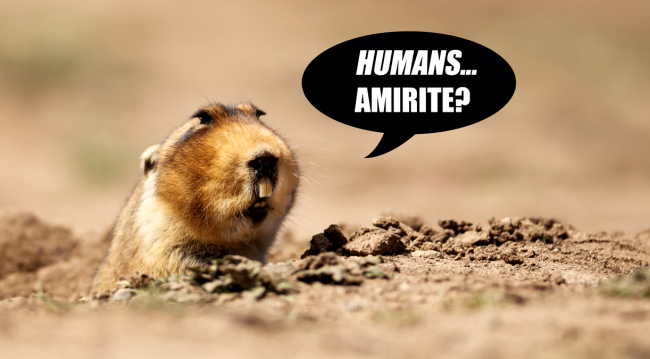 Scientists say they have been able to use machine-learning algorithms to decode animal communication and learn what they are saying.

According to Dr. Alison Barker, a neuroscientist at the Max Planck Institute for Brain Research in Germany, that’s exactly what they are trying to do.

In a study of mole rats, Dr. Barker and her colleagues discovered when they used machine-learning algorithms to analyze 36,000 vocal sounds recorded in several mole rat colonies, not only did each mole rat have its own vocal signature, but each colony had its own distinct dialect.

“The greeting call, which I thought was going to be pretty basic, turned out to be incredibly complicated,” said Dr. Barker.

After the algorithms suggested that naked mole rat colonies all had distinct dialects, Dr. Barker and her colleagues confirmed that the rodents were far more likely to respond to soft chirps from members of their own colonies than those from foreign ones. To rule out the possibility that the naked mole rats were simply responding to individual voices they recognized, the researchers repeated the experiment with artificial soft chirps they generated to match the dialect of a rat’s home colony. The results held.

In the wild, colony-specific dialects might help naked mole rats ensure that they are not sharing scarce resources with strangers, and may be a way of enforcing social conformity. “In these large underground tunnels, you want to make sure that everyone’s following the rules,” Dr. Barker said. “And one very quick way to test that is to make sure everyone is speaking very similarly.”

Researchers are also studying the communications of Egyptian fruit bats.

The bats are pugilistic, frequently quarreling in their crowded colonies, and the vast majority of their vocalizations are aggressive. “Basically, they’re pushing each other,” said Yossi Yovel, a neuroecologist at Tel Aviv University who led the research. “Imagine a big stadium and everybody wants to find a seat.”

But a machine-learning system could distinguish, with 61 percent accuracy, between aggressive calls made in four different contexts, determining whether a particular call had been emitted during a fight related to food, mating, perching position or sleep. That’s not a perfect performance, Dr. Yovel noted, but it is significantly better than the 25 percent accuracy associated with random guessing.

Another group of scientists are also trying to decode the communication of sperm whales.

Project CETI (Cetacean Translation Initiative) is installing core whale-listening stations and plans to use robotic fish to record audio and video of the whales. They will also be utilizing small acoustic tags to record the vocalizations and movements of the whales.

“Every which way we turn there’s another question,” said David Gruber, a marine biologist at Baruch College who leads Project CETI. “If there was a big event that happened a week ago, how would we know that they’re still communicating about it? Do whales do mathematics?”

The Earth Species Project, along with Michelle Fournet, a marine acoustic ecologist at the University of New Hampshire, are also using machine-learning algorithms in an attempt to decipher humpback whale communication.

Given enough data about how whales converse with each other, machine-learning systems should be able to generate plausible responses to specific whale calls and play them back in real time, experts said. That means that scientists could, in essence, use whale chatbots to “converse” with the marine mammals even before they fully understand what the whales are saying.

“At some point, it might be a real dialogue,” said Michael Bronstein, a machine-learning expert at Oxford and part of Project CETI.

As is the case with many scientific endeavors, these attempts to communicate with animals raises some ethical concerns.

Reactions to this latest report about scientists trying to communicate with animals ranged from comical to concerned on social media.

What could *possibly* go wrong? 😬

We really don't want to communicate with cats.
The entire human civilization would regret that

We cannot communicate with aliens before we figure out how to talk with the species we see every day.