Scientists Have Discovered Hell And It’s A Distant Exoplanet With Temperatures Over 5,400 Degrees 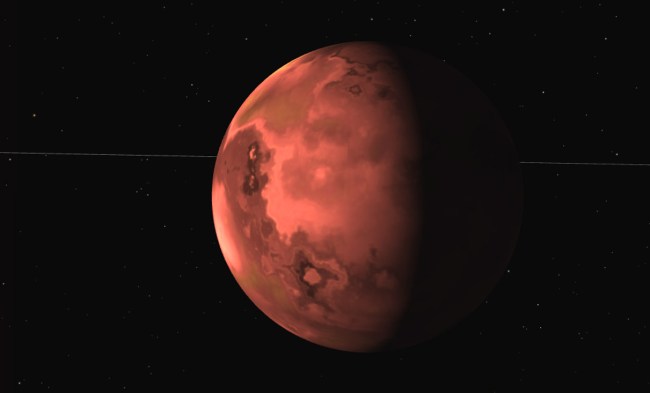 Ready to book your trip to hell? Scientists have identified a distant exoplanet, named K2-141 b, which is covered in a lava ocean 62 miles deep with supersonic winds that reach 3,100 mph and temperatures the peak at over 5,400 degrees.

K2-141 b, originally discovered in 2017, is larger than Earth and orbits so close to its star that it features the evaporation and precipitation of rocks. That’s right, in addition to the supersonic winds and instant death temperatures, it also rains rocks there.

These discoveries were made by scientists from McGill University, York University, and the Indian Institute of Science Education and published in Monthly Notices of the Royal Astronomical Society.

Remarkably, the rock vapour atmosphere created by the extreme heat undergoes precipitation. Just like the water cycle on Earth, where water evaporates, rises into the atmosphere, condenses, and falls back as rain, so too does the sodium, silicon monoxide, and silicon dioxide on K2-141b. On Earth, rain flows back into the oceans, where it will once more evaporate and the water cycle is repeated. On K2-141b, the mineral vapour formed by evaporated rock is swept to the frigid night side by supersonic winds and rocks “rain” back down into a magma ocean. The resulting currents flow back to the hot day side of the exoplanet, where rock evaporates once more.

Unlike Earth, K2-141 b does not rotate as it orbits its star, which means one side of the exoplanet is always facing the heat.

Which, of course, means that the side that faces away from the star reaches temperatures of around minus-392 degrees. 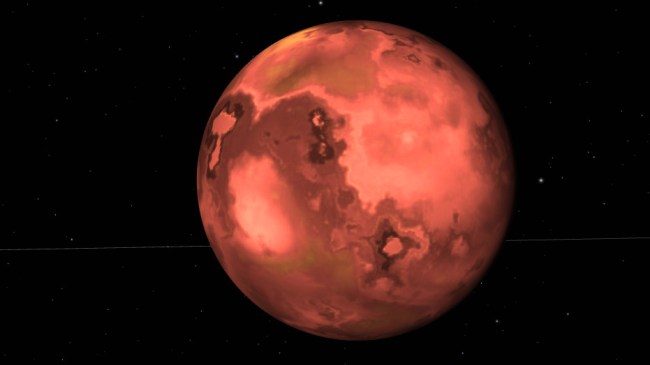 “All rocky planets­, including Earth, started off as molten worlds but then rapidly cooled and solidified,” said Nicolas Cowan, planetary scientist at McGill University and co-author of the study. “Lava planets give us a rare glimpse at this stage of planetary evolution.”

Scientists say the next step in analyzing K2-141 b will be using Spitzer Space Telescope observations to help narrow down the temperatures of the planet’s light and dark sides. Further studies will then come in 2021 with the launch of the James Webb Space Telescope.

“Our finding likely means that the atmosphere extends a little beyond the shore of the magma ocean, making it easier to spot with space telescopes,” said Cowan.

According to BGR.com, “Studying these distant worlds and understanding their evolution over time can help scientists better predict what other planetary systems look like, how they change over time, and what we might expect if we ever attempt to explore these regions of space.”