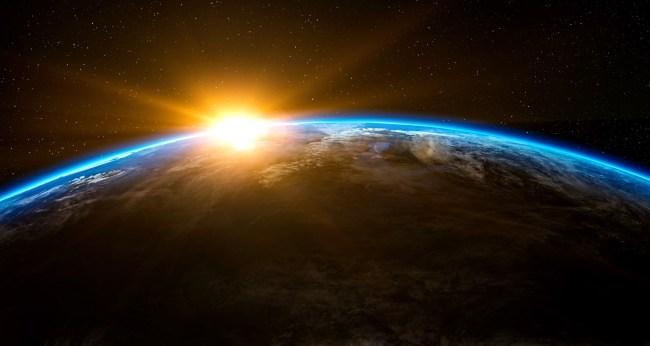 Forget about Mars or Venus. After researching and studying over 4,500 exoplanets, scientists now say there are 24 “super-habitable” planets out there in space that might actually provide better conditions for humans than Earth.

Unfortunately, at least for now, these 24 planets that were singled by researchers at Washington State University are all located more than 100 light-years away from Earth.

In a new study published in the journal Astrobiology, the researchers explain, “Habitability is usually understood as a planet’s potential todevelop and maintain environments hospitable to life. Thus, it is difficult and even impossible to measure habitability with our current knowledge. It is important to note that a planet might be habitable, but lifeless, because the origin of life never occurred. This might be so because the environmental constraints for the origin of life are much more stringent than for the persistence of life.”

Sooo… there might not be any aliens on these planets? Dang. I was hoping for some new neighbors some day.

Dirk Schulze-Makuch, lead study author and professor for astrobiology and planetary habitability at Washington State, explained to CNN in an email that a superhabitable planet as “any planet that has more biomass and biodiversity than our current Earth.”

This is explained further in the study…

When we look for a planet more habitable than Earth, which we believe can be expressed in practical terms as a planet with higher biomass and higher biodiversity, we have to distinguish between stellar properties and planetary properties that are relevant to habitability. Complex life will have more stringent requirements on both properties than microbial life and complex life will likely be present for any planetary environment with a global biosphere, which is at least as diverse and prevalent as that of Earth. Thus, one feasible approach might be to search for biosignatures of complex life to identify superhabitable planets and moons.

Like, for example, what was recently discovered on Venus? Oh, and by complex life, they mean aliens. In case that wasn’t clear.

Astronomer and planetary scientist Sara Seager told CNN in an email about the study, “It’s a really nice description of all the ingredients for a habitable world. I love the concept of superhabitable exoplanets. The concept is a good one, like those Olympic athletes amongst us humans.”

Yeah. Who needs Mars? We’re all going to die once we get up there anyway, right Mr. Musk?

“Observations of habitable or super habitable exoplanets are still so exceedingly challenging that nature will ultimately dictate which targets we can followup with our next generation telescopes,” Seager continued.

“That is follow up to see if the planet is actually habitable, if it has water vapor in its atmosphere (indicative of surface water on a rocky planet), potentially measure the planet’s and search for biosignature gases.

“So although the sample list of exoplanets is quite long, none are within 100 light-years and none are suitable for follow up observations with our next generation telescopes.”

Considering how messed up Earth is these days, these “super-habitable” exoplanets might be humanity’s only hope some day.

“It’s sometimes difficult to convey this principle of superhabitable planets because we think we have the best planet,” said Schulze-Makuch. “We have a great number of complex and diverse lifeforms, and many that can survive in extreme environments. It is good to have adaptable life, but that doesn’t mean that we have the best of everything.”