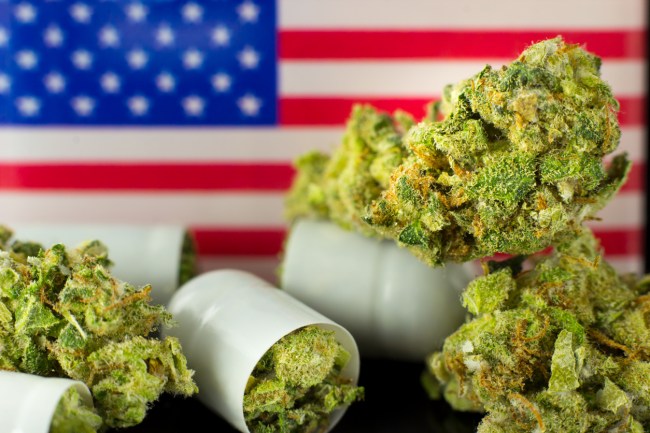 Rogen and weed go together like a fine wine and an aged gruyère. It’s the most natural fit in the universe.

Rogen is a stoner icon since his Hollywood comeuppance in Freaks and Geeks. Besides his 420-friendly ways in Knocked Up and Pineapple Express, Rogen’s deep “huhuh” stoner laugh is might cure cancer (… I think it actually did in 2011’s 50/50 with Joseph Gordon-Levitt). In fact, Rogen’s office on the Sony Pictures lot once smelled so strongly of marijuana that it had to be renovated when someone else moved in.

Today Rogen announced a huge project he’s been working on for five years: A marijuana brand called Houseplant. He’s creating the brand in partnership with screenwriter Evan Goldberg, Rogen’s collaborator on almost all of his movies, including Knocked Up, Neighbors, Sausage Party, and this summer’s hard-R comedy, Good Boys. via CBC:

“We have been working on this quietly for years and seeing everything come together is a dream come true,” Rogen said in an emailed statement.

“We could not be more passionate about this company and are dedicated to doing everything the right way. It is extremely important to us to treat cannabis with the reverence it deserves. What a time!”

According to the CBC, Rogen and Goldberg are the business leads of the company. The Canadian marijuana company Canopy Growth Corp is a venture partner in the business, helping to provide “the facilities, expertise and infrastructure to grow cannabis.”

“We have been getting to know the Houseplant team for quite a while now and continue to be impressed by their understanding of the cannabis consumer, attention to detail, and drive towards their vision,” Canopy president and co-chief executive Mark Zekulin said in a statement.

Not gonna lie, I’m pumped for the guy. Pretty excited to burn some Houseplant down: