Sex Robots Could Sexually Assault Humans Because Of All-Too-Realistic AI, According To Computer Science Professor 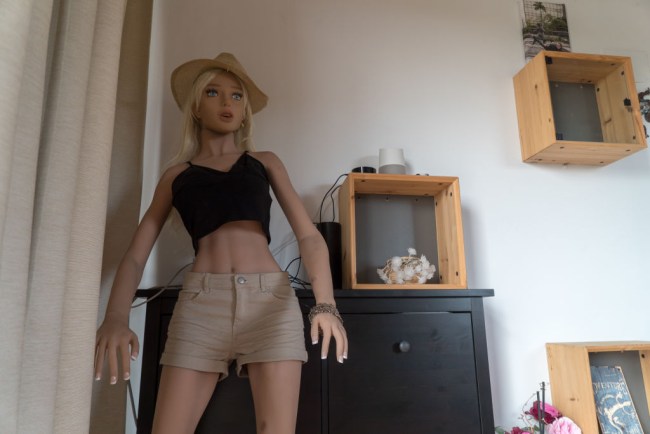 Incels, how excited are you for the future that will have super-realistic robots that will cater to your every whim and desire? And by every “whim and desire,” we mean everything. But before you take a second and third job so that you’ll be able to afford one of these pleasure androids, you might want to know that there could be some serious risks involved.

Dr. David Levy is a computer science professor and leading expert in artificial intelligence. Dr. David Levy loves discussing the potential for sex robots, so much so that he wrote a book in 2009 titled Love and Sex with Robots: The Evolution of Human-Robot Relationships. But according to the good doctor, it is all not fun and bionic boning. Dr. Levy warns that there are potential dangers when it comes to sex robots.

Levy believes the AI in future sex robots could become so advanced and human-like that the machines may have their own sexual desires that are programmed into them. Dr. Levy calls the sex drive of the robots “artificial intelligence (AI) libidos.”

While an Ex-Machina robot that looks like Alicia Vikander coming onto you sounds like a wonderful thing, the robots might not take “No” for an answer. Dr. Levy said there is a risk for sexual assault if the robots are not coded with human consent. In the future, we could have the #MeToo movement as well as the #AIToo movement.

“It makes sense for us to debate what should be the boundaries for consent given by humans to robots,” Levy told the Daily Star. “When, in a decade or so, a sophisticated sex robot indicates to a human partner that it is in the mood for sex, what will be the moral, and legal boundaries involved in its human partner’s response?”

The robot’s AI libido may attempt to engage in unwanted sexual intercourse and that could be a major problem if it is a T-X Terminatrix. With improper or incomplete coding, the robot’s firmware might get those actuators all revved up. Your lips are saying “0,” but the robot might think that your eyes say “1.” And everyone knows that “0” means “0.”

Maybe you should get a safe word with your robot sex partner? Maybe “deprogram,” “factory reset” or “water.” Maybe you could just unplug the goddamn thing.