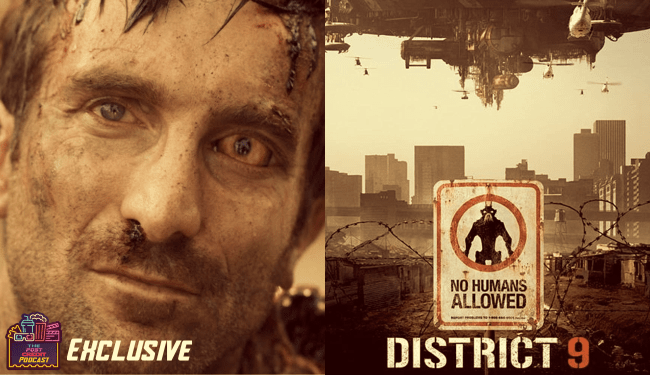 Made for just $30 million and directed by a South African filmmaker that most of the pop culture world had never heard of, District 9 would nevertheless go on to become of the most beloved sci-fi films of the last 30 years, as the film would go on to gross over $200 million and score four Academy Award nominations for Best Picture, Best Adapted Screenplay, Best Visual Effects, and Best Film Editing.

Perhaps luckily, District 9 was made just before Marvel Studios took over Hollywood and ushered in the age of endless franchisifcation, meaning that — so far — the legacy of the film begins and ends with that one movie.

Unlike most films that result in sequels these days, though, District 9 is one of the few that actually deserves one, as it’s not only one of the best sci-fi films of the 21st century but its story set itself up perfectly for a subsequent chapter.

Given that it’s been almost a decade since District 9 hit theaters, most fans had given up hope of a District 9 sequel. Until director Neill Blomkamp — out of nowhere — confirmed back in 2021 that he’s working on it.

Knowing this, speaking to District 9 star Sharlto Copley about his new film Beast, our Post Credit Podcast asked about the project’s development and the South African confirmed that it’s in development and that he and Blomkamp are currently trading script drafts back and forth.

“Yeah, man, we’ve been working. I did a draft, I sent it back to him. He’s done a draft. It’s like just trying to find the right sort of story. There were some things going on sociopolitically that he [director Neill Blomkamp] felt maybe timing-wise he didn’t want to go immediately. So maybe in like a year, year-and-a-half [we’ll begin filming]. He wants to have something to say,” Copley said.

When we mentioned that Christopher, the Prawn character that leads the escape from Earth, promised he’d return in three years to help return Copley’s back into human form, the 48-year-old South African replied with an emphatic “He did, bro.”

While Copley didn’t provide us with any specific details regarding the film’s production, he made clear that he and Blomkamp are working on the script with the intention of making the movie in the coming years.