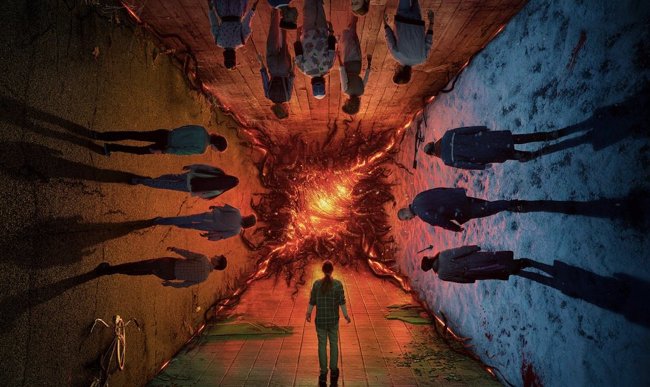 Of all the television that Netflix has made in their decade-or-so-rise to dominance, it can be argued that — despite what the hard data may say — that their nostalgia-soaked sci-fi epic Stranger Things is the most popular series they’ve created thus far.

Boasting overt influence from and homage to the likes of Steven Spielberg, John Carpenter, and Stephen King, Stranger Things is perhaps the only Netflix show that’s achieved the omnipotent pop cultural status of fellow medium titans, such as Game of Thrones, Breaking Bad, and so on. Put it this way: Stranger Things is a series that fills up Comic-Con’s Hall H while also selling lunch boxes. It racks up rave critical reviews and massive viewership numbers. It can be enjoyed by both the old, the young, the men and the women — it’s a four-quadrant hit.

Given its true blockbuster nature, though, Stranger Things remains susceptible to — if they aren’t careful and largely have been thus far — familiar franchise trappings, one of which is the danger of jumping the shark, particularly considering the series’ hardcore and ever-expanding sci-fi elements.

Speaking to director Shawn Levy ahead of the release of his new Netflix film The Adam Project, we asked the acclaimed hitmaker about how the series manages to remain committed to genuine and legitimate dramatic escalation without wading into over-indulgence.

EI: “Talk to me about the continual process of upping the ante without over-indulging or jumping the shark. Whether that be in terms of Eleven’s powers or the monsters that they have to face. And how does that bear itself out in season four?”

SL: “I will tread carefully with my words: you will definitely see an escalation in season four, in terms of scope, challenges, character depth. The cinematic scope is almost incomparable to what we’ve done in the prior three seasons. The thing about [series creators] the Duffers Brothers that I have always recognized their superpower. Are they genre-wonk-nerds galore? Hell yes. Are they getting to play with every toy every movie nerd could ever dream of? Hell yes. But they’ve always understood that the actual special sauce of ‘Stranger Things’ is the heart of these characters and the connections between them. It’s an anthem to outcasts.

SL: “And the Duffers are coming from a very sincere and authentic place and are telling that story, so they know we can go bigger, but we got to always anchor into our superpower, which is the heart of these characters and these relationships. I think that’s what keeps us from losing our way or jumping the shark: balance the scope with the intimate. And the Duffers have a phenomenal intuitive sense of how to do that.”

After years of production — filming of Stranger Things 4 officially began back in February 2020 — the return of the highly-anticipated Netflix series is just a few months away, as Volume 1 will debut on May 27 before Volume 2 drops five weeks later on July 1.

RELATED: ‘Free Guy’ Director Shawn Levy Dunks On Journalist For Asking If He Wants To Make ‘Deadpool 3’ With Ryan Reynolds