INTERVIEW: The Post-Credit Podcast Sits Down With Shawn Levy 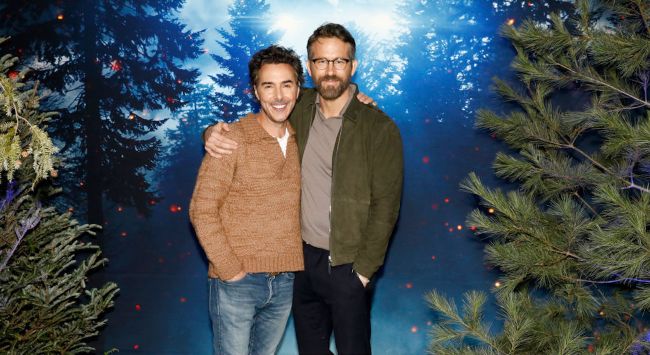 When it comes to my interviews with actors and directors, I try to make my questions as legitimate as possible, meaning I’m not trying to shoehorn in forced queries for the sake of a headline. That said, if I am able to find a natural way to fit it into the conversation, I think it’s fair game, as was the case when I recently interviewed The Adam Project and Stranger Things director Shawn Levy about his upcoming Netflix film The Adam Project.

Given the fact that the pair have had quite the successful relationship thus far — Free Guy was a surprise pandemic hit while The Adam Project is sure to rack up massive numbers for Netflix — and that it’s already been confirmed that Deadpool 3 is in the works at Marvel Studios, it’s fair to wonder whether their creative relationship has grown to such a point that Levy would make the jump to the MCU with Reynolds.

Despite what I thought was a clever in, Levy — whose wit is only matched by his energy — was far too sharp to fall into my trap.

“Since you guys have had such a successful relationship so far, do you guys have anything else in the works? Do you have any interest in making the jump with him to Marvel for Deadpool 3? What do you guys have cooking?” I asked Shawn on BroBible’s Post Credit Podcast.

In an effort to rationalize my attempt, I told Levy that, given the nature of my job, I simply “had to try”, which then led to Levy dunking square on my face as he was able to accurately predict where the interview would head next:

“Bro, of course,” Levy said in response to my assertion that I had to try. “Where are we ‘going next, Stranger Things’?!”

That, my friends, is what it’s like to be dunked on by a wildly successful director. Nevertheless, Levy was kind enough to confirm that he and Reynolds do, in fact, have four movies currently in development, one of which is an already-confirmed sequel to Free Guy.