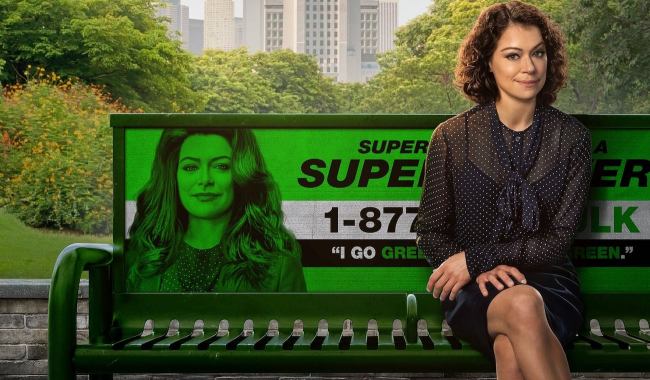 Considering that the upcoming Disney+ series She-Hulk is subtitled “Attorney at Law”, it would have been fair for fans to assume that the show would include plenty of Aaron Sorkin-esque courtroom scenes, right? Well, as the late, great Charlie Murphy once said, “…Wrong! Wrong!”

During a recent interview with Variety, Jessica Gao — the series’ head writer — said that their original pitch to Disney and Marvel involved a multi-episode trial of Tim Roth’s Emil Blonsky, a.k.a. Abomination.

That idea was ultimately scrapped, however, because Gao and her team apparently realized that they weren’t “adept at writing rousing trial scenes,” which is a pretty shocking admission to make about your upcoming attorney-focused show.

“When I went in, it definitely skewed a lot more heavily towards Blonsky’s trial,” Gao told Variety in a recent interview.

“In my original pitch, it was an actual trial and it spanned multiple episodes. When we got into the writers’ room, inevitably things change as you’re developing the show and as you start writing. And one thing that we all realized very slowly was none of us are that adept at writing, you know, rousing trial scenes.”

Needless to say, Gao’s admission didn’t go over all that well with fans of the MCU:

Time to call the person who wrote this then: https://t.co/tFB5RO7Grc pic.twitter.com/Tu5wqF3xmu

“none of us are that adept at writing, you know, rousing trial scenes” my sister in Christ you’re writing a show about a lawyer that also features Matt Murdock https://t.co/I6FfVBqppQ

Why on earth would you say or even admit this??? https://t.co/frjoWGPG8P pic.twitter.com/wEv5rO7aVX

"None of us are adept at writing… rousing trial scenes." #Disney #Marvel #SheHulk writers. 😭

Were I to write a superhero lawyer show I would simply staple my mouth shut and hope it made it through the discourse cycle without anyone going “this doesn’t seem that adept at writing rousing trial scenes” https://t.co/80nh7kjGLI

If only they had people you could consult for help on writing exciting trial scenes for our show where a big part of the characters thing is being a lawyer https://t.co/kvbHsFtEYg

Just to clarify, the subtitle of YOUR show is “Attorney at Law”, am I right? https://t.co/w88sykc6Bx

The first episode of She-Hulk: Attorney at Law premiered on Disney+ on Thursday, August 18, and will continue to air new episodes on Thursdays through October 13.

Personally, I didn’t check out my She-Hulk screeners until the last day they were available prior to the review embargo lifting. Not sure if that speaks to overall MCU apathy or lack of interest in the project itself. That said the series is fun/charming enough and an enjoyable, tongue-in-cheek, meta change of pace for the franchise and gets off to a surprisingly solid start.

RELATED: The First Reactions To Marvel Studios’ ‘She-Hulk: Attorney At Law’ Are In