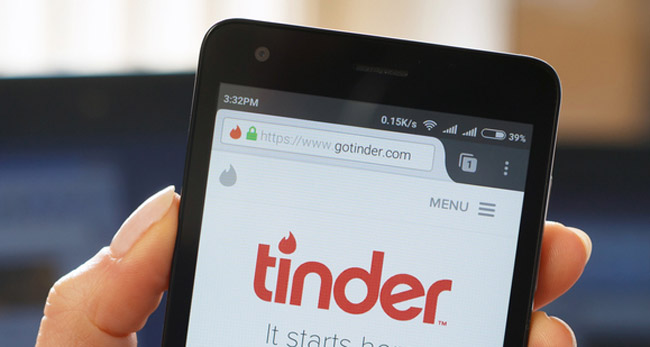 Henry is a very good boy, but he’s having a hard time finding a new owner. This 3-year-old coonhound mix has been at the same Georgia shelter for the last three years because nobody wants to adopt him. The shelter came up with the great idea to create a Tinder profile for Henry to find him a new home. In a little more than two weeks, Henry has already garnered worldwide attention.

Miranda Morrison is the canine behavior and enrichment coordinator for Animal Ark Rescue in Columbus, Georgia. She loves Henry and wants him to find the perfect humans for him. Henry struggled to get adopted so she created a Tinder profile for Him. “Henry is our longest staying male dog there,” Morrison told Inside Edition. “He is my favorite dog and I just wanted to do something to help him get adopted.” Women right now: “Great. As if there weren’t enough dogs on Tinder begging to come home with me.”

Henry was adopted by a woman but she returned him. Henry gets nervous around children and when the woman found out she was pregnant, she returned Henry. Morrison created the profile for Henry on Tinder on Dec. 29, and since then he has made 25 matches. That’s 25 more matches than you. “He is a very active boy. He likes to go out, get out there… so I thought his ideal match would be a younger person,” Morrison said. “I thought Tinder would be a good outlet to try and meet people in their 20s and 30s.”

“He loves going camping, car rides, walks, water,” Morrison said. “He loves to cuddle. So, at night if you just want to curl up on the couch with him, he’s all about it.” Let’s hope no freaks see Henry’s Tinder profile and swipe right for very, very wrong reasons.